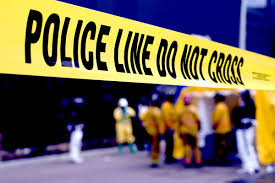 A Nevada woman tried to hire a hitman to kill her ex-husband in Durham, using $5,000 in Bitcoin to arrange the murder through a scam website, federal court documents say.

In an affidavit, an agent with Homeland Security Investigations said Felkins used 12 Bitcoin, a form of cryptocurrency unconnected to any bank, to arrange the killing in 2016.

Felkins sought a refund when the hitman failed to follow her instructions to shoot her ex-husband on a trip to California, court documents say. She had suggested making it look like a mugging.

In Durham, Gabriel Scott confirmed that he is Felkins’ ex-husband and said that, until recently, he was unaware of the plot to kill him.

“I’m still kind of adjusting to the reality of the situation,” he said in a phone interview with The News & Observer on Friday. “Heck, there was no indication that any part of this was going on.”

In his affidavit, the Homeland Security agent said the couple was married in California in 2004 and officially divorced shortly before the online conversations began in 2016. They had two children together and one from another relationship.

In her divorce and Dark Web discussions, Felkins said she had been a victim of abuse. Scott on Friday called this allegation “garbage.”In 2019, federal agents learned someone using the online name “KBGMKN” tried to arrange for her ex-husband’s killing through a Dark Web site that offered murder, kidnapping and assault services.

The initial conversations, the agent wrote, involved how to buy Bitcoin, which Felkins managed through a Finnish website that lets users arrange sales with cash, online or in escrow accounts.

“How do I know you are not FBI?” KGBMKN wrote, federal documents say. “They do have the capability to infect ones device and trace them back to their real IP. Just being cautious.”

An administrator at the site wrote back, federal records say: “If you don’t like doing it online, you can always go in the gangs on your streets and hire a hitmen [sic] there. We don’t force anyone using our services, we could not, and we do not want to. You can even buy some cheap laptop just for this job, or declare that your laptop has been stolen, paste some duct tape on your laptop camera if you are afraid.”

At one point, court documents said, KGBMKN gave the administrator her ex-husband’s home address in Durham, asking if it could look like a mugging.

The administrator told her that would cost another $4,000, then later recommended a sniper, which would also cost $4,000 extra, court records say “Shoot him in his car,” KGBMKN said.

The agent’s account describes multiple attempts to settle on a time and place for the shooting on a trip to California, including, “I will still pay the extra 4000 if it is done tomorrow …. which puts us in the make it look like an accident bracket, I don’t care if it looks like an accident (though that would be great) I just need this done.”

When the administrator wrote back that the hitman could not find her ex-husband, KGBMKN wrote, “If you guys can’t do as promised then it’s time for me to stop wasting my time [sic] get a refund and figure out another solution,” records say.

Felkins’ Finnish account for getting Bitcoin contained the letters “k” and “l” and her birth year, the federal agent wrote. The account’s username was Kristy L. Felkins and included her Yahoo email address. The date it was set up in 2016 corresponded with the conversations on the Dark Web site, the agent wrote.

Felkins was arrested in Nevada and released by a federal magistrate judge in Reno, The Bee reported.

By The News & Observer