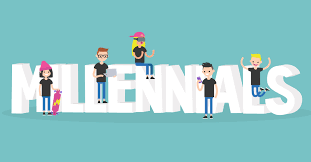 For the first time in many years, the modern world is faced with a new epidemic that truly frightened society and forced most people to close their homes. The loss of jobs, the closure of factories and the shutdown of entire areas of business have left their mark on the economy.

From winter to early summer 2020, countries’ GDPs and major economic indices declined. Bitcoin was not lucky either. But the main surprise was that BTC showed a correlation from the main quotes and turned up very quickly. Bitcoin’s growth rate has overtaken even NASDAQ, which includes many IT giants – the only industry that grew even during the Covid-19 crisis.

Of course, comparing the cryptocurrency market with the stock market, it would be fair to remember the colossal difference in volumes. Thus, crypto growth requires hundreds of times less investment than it does to make the same impact on traditional markets. However, this was a clear signal that during the crisis, Bitcoin is becoming especially attractive for hedging risks. Earlier this role was played by gold, but this year Bitcoin has significantly overtaken it in terms of capital growth. Why did it happen? Let’s figure it out.

An analytical report by the California brokerage company Charles Schwab Corporation showed that the Grayscale Bitcoin Trust (GBTC) share in the investment portfolios of young people aged 25-39 exceeds Netflix. If we analyze the investment portfolios of the older generation of investors, the GBTC share there will not even enter the top 10. The first digital generation, called millennials (25-39 years old), make up a quarter of the world’s population. In 10 years, they will occupy over 60% of all jobs in the US labor market. Most of these people are closely related to digital technologies and they are most loyal to cryptocurrencies.

JPMorgan says half of American millennials use PayPal and Venmo. And this is also understood by the management of payment systems. After all, a few years ago PayPal was one of the main critics of cryptocurrencies and already in 2020, they announced support for cryptocurrency transactions. By the way, many analysts agree that this announcement has become one of the main drivers of cryptocurrency growth and has brought even more institutional investors to the market.

In the aftermath of several big crises in recent decades, millennials are very distrustful of the traditional banking system, which failed to save their parents’ funds in the late 1990s (the dot-com bubble) and 2007-2008. Companies that understand that the capital of the conservative generation will soon be in the hands of millennials are not standing still and adapting to changing realities. PayPal has already taken this path, and it is highly likely that other payment giants will follow this example. The percentage of millennials among stockholders continues to skyrocket, while the percentage of Gen Bs is declining. And if conservative investors preferred gold as the main savings asset, then millennials choose Bitcoin. Of course, over time more mature market representatives will partially transfer their capital into “digital gold.” At the moment, the capitalization of Bitcoin is only 3% of the total value of gold. And for the Bitcoin market to double, it is enough to transfer only 3% of the “gold investments” of the baby boomer generation to BTC.

In fact, there is much more in common between Bitcoin and gold than many people think. Both assets have limited issuance, both assets become more difficult to mine over time and the price of both assets is regulated only by demand. These factors are attracting more and more attention to the first cryptocurrency. And especially emission and regular halvings, which reduce the reward for each new block. A number of the largest companies have joined Bitcoin investors this year. The list of institutional investors who have invested heavily in BTC include names such as Square, Grayscale and MicroStrategy. The latter, by the way, invested over $1.1 billion in Bitcoin, making the cryptocurrency its main reserve asset.

It was institutional investors who became the main driving force behind the Bitcoin rally in 2020. Don’t forget the DeFi market, which has expanded dozens of times this year. Some projects in the world of decentralized finance allow tokenizing Bitcoin, for which it must be blocked on the account. To date, there are already more than 175K such frozen BTC. And the growth in their number for the year was 12,000%. If the trend continues, this may soon become an additional reason for the deficit and as a consequence, the rise in the price of Bitcoin. It is worth considering the growth in cryptocurrency capitalization in 2020, the growth in the number of active addresses by 76% and the average transaction size, which grew by 134%. 2020 was likely the last year that one Bitcoin could be bought for less than $9,999.

Although the general trend towards the transfer of capital to digital does not guarantee Bitcoin a cloudless future, it proves its potential and strong position in the global financial space. Cryptocurrency proponents still have many challenges to tackle, from regulatory and legal status issues in the world’s leading countries to technical limitations and bugs. However, the attitude towards it among representatives of a whole generation, which within 30 years will inherit the entire world fortune, makes BTC an obligatory asset in the portfolio of every investor.

Via: The Daily Hold