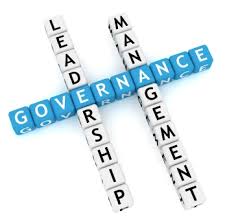 Jim Harper is a senior fellow at the Cato Institute, working to adapt law and policy to the information age. A former counsel to committees in both the US House and the US Senate, he served as Global Policy Counsel for the Bitcoin Foundation in 2014.

In this article, Harper discusses the challenges of applying traditional open-source development practices to a blockchain world, and why he believes the ongoing scaling debate, while heated, will be stronger as a result.

A few weeks ago, in a post entitled, “The Politics of Non-Political Money,” I talked about the bitcoin block size debate as surfacing “politics” in the bitcoin ecosystem.

Important protocol and software development projects require people of disparate views and plans to come together over common standards and code. My thesis in that post was simply that good behavior is good politics because it builds credibility.

Some differ, and many – it should be no surprise – aren’t taking my advice. But the precedents set in the block size debate are important for the future of bitcoin, for other cryptocurrencies, and for similar projects that may offer alternatives to governmental monetary and administrative systems.

The politics are intense, there are ways that bitcoin governance is like government, and proposals to fork the software are kind of like constitutional amendments. But I’m increasingly comfortable thinking of bitcoin governance as a market phenomenon.

Specifically, groups with differing visions are competing to win the favor of bitcoin miners and nodes, so that their vision, if it prevails, can carry the bitcoin project forward.

Brian Armstrong, CEO of Coinbase, has stepped forward recently as a strong advocate for Bitcoin Classic and a 2MB block size. He cites four competitors to the current dominant coding team in this slide deck. Miners and nodes will choose one software version or another. It makes no difference whether we characterize their decisions as “voting” or “buying.”

Bitcoin may have some of the strongest network effects possible because incompatible versions of the software won’t recognize each others’ blocks, transactions, or mined coins.

These dynamics make for a “winner-take-all” bitcoin software market, and they make it very unlikely that bitcoin will “split”. (The Verge isn’t the only news outlet to get things precisely wrong.) If a split were to happen, it would be because the cryptocurrency market was big and diverse enough for two coins, fairly seamless exchange among the two coins existed, or both of those things.

That would be a little more complicated, and it’s a little ways off, but it would be the opposite of fatal.

Rancor aside, all of the things in the bitcoin world are as they should be. The virtuous incentives that are in place are part of bitcoin’s genius.

In saying all this, I don’t think I’m breaking any new ground, and I may be stating the technical details imperfectly, but using a “market” frame of reference is different from the norm in open-source development. Open-source typically draws everyone together to work on a cooperative basis.

Many of the big, important open-source projects happen in standards bodies, or sometimes they operate under a benevolent dictator who makes the hard calls. And forks matter less.

A watchword in traditional open-source development is “consensus,” but that word does not offer a way to administer decision-making when there substantial, deep-running disagreement. It simply gives every participant a veto – and there are lots of vetoes out there right now.

Rather then hewing to a “consensus” norm and fretting about its violation, the competitors in the block size debate might think of themselves as competitors, like Coke and Pepsi. In product meetings and the boardroom, they might mutter oaths about your competition – “Vile peddlers of swill they are!” But publicly, they should be the cryptocurrency that refreshes or the bitcoin generation.

Their job is to code a great product and sell it. Probably with more merits arguments than slogans, of course. And some of the difficulty of this debate exists because customers—particularly many miners, but not only them—lack the technical and economic sophistication to know decisively what protocol and code they most want to run.

Cooperative open-source development has produced many incredible products, but the spur of competition is well known to wring the very best work from people. Platform competition and a winner-take-all market is no exception.

There are good arguments why bitcoin development should happen in the same way as most other open-source projects, I’m sure, but I’m inclined to prefer a level of antagonism and distrust among coding teams, because they will be the best watchdogs for the errors of each other.

The choice is not one product or the other, of course, but among features such as block size limits.

Here the “politics” frame seems to serve well again. The dominant Bitcoin software provider, Core, could easily use a technique that US political parties use to undercut third parties: cooption.

When a third party appears to be gaining a foothold, stealing the lesser party’s ideas is a perfectly legitimate method of dissipating its support. Failing to do so risks splitting the dominant party’s constituency, losing it votes and elections.

Bitcoin Core could pretty much kill off Bitcoin Classic by adopting the 2MB block size, and it could ensure its continued dominance. But that means withdrawing from what appears to be a rock-solid, imovable principle held by the Core team. Indeed, at times, certain writings have sounded like Core might conduct their own “whiny ragequit” if the Bitcoin block size changes.

Since I wrote about bitcoin’s “politics,” Core and its members have taken steps to be more communicative, which is great. One of the most recent communications is a conciliatory post from Matt Corallo characterizing the community as agreed upon a capacity increase in Bitcoin.

His post equivocates between a block size increase and the capacity increase available through Segregated Witness, a technique that debuted at the Hong Kong Scaling Bitcoin conference for sharply reducing the content blocks must include. But, by all appearances, this is a group working through the difficulties of compromise under growing pressure from a competitor.

Markets. Politics. Who knows? A little of both.

But I’ve recently been reviewing the history of the US Constitution and thinking in terms of parallels. When the Framers met in Philadelphia in 1787, they placed themselves under a strict rule of secrecy so that their deliberations could be orderly and frank.

They debated through the hot summer, and there was lots of give and take, even on principles of the highest order, such as the rights of certain classes of humans to life, liberty and property. Imperfect though it was, what emerged from the constitutional convention was, I think, the greatest charter for government yet devised.

The bitcoin block size debate is a little like that. While creating an incredibly valuable, fully decentralized monetary system, bitcoin and the blockchain may allow fully equal self-government across large swaths of human activity—a vast improvement on political democracy (credit: Samuel Patterson).

So it’s a debate of constitutional significance, and greater-than-constitutional proportion. The difference is that this debate is being held online in 2016. It’s radically transparent, and authority to build this system of self-government is not reserved to the wealthy, well-educated, or well-connected.

It’s decentralized and available to all. So the bitcoin block size debate is just like the US Constitutional Convention of 1787, except it’s market-based – with trolls!