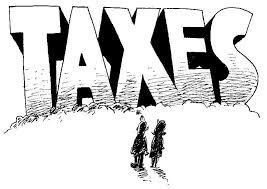 Travis Patron is a digital money researcher and author of The Bitcoin Revolution: An Internet of Money. Here he explains why bitcoin may facilitate a taxation environment subversive to national governments and argues that cryptocurrency is already taxed by default.

As the age of cryptocurrency comes into full force, it will facilitate a subversively viable taxation avoidance strategy for many of the technically savvy users of peer-to-peer cryptographic payment systems.

In doing so, cryptocurrency will act to erode the tax revenue base of national jurisdictions and, ultimately, reposition taxation as a voluntary, pay-for-performance function.

In this post, I’d like to cover some of the benefits such a strategy will have for cryptocurrency investors, why our notion of taxation is ripe for disruption, and why cryptocurrency is already liable for taxation by default.

Although investors have been lured by the siren song of tax havens for as long as governments have existed, none have existed with the legal and structural characteristics such as those found in cryptocurrency.

By operating behind a veil of cybersecrecy, it is reasonable to forecast the impracticality of systemic taxation on these types of financial assets from national jurisdictions. Individual enforcement of taxation is likewise impractical due to ideological backlash governments would receive for targeting individuals who avoid national taxation via information technologies.

Even so, many jurisdictions have already declared digital currency transactions (something which occurs between consenting parties on a network which no one owns) to be taxable under current legal frameworks. Yet how can the state lay claim to the right to tax that which they do not issue and cannot control?

It has been said that compounding interest is one of the most powerful forces in the universe. When we apply the black magic of compounding returns to the profit-maximizing actions of consumers, we see quite clearly why every user aware of the benefits of using cryptocurrency, even if only for the tax-savings, will opt to do so over traditional fiat money.

The allure of avoiding the clutches of national taxation is strong enough that any rational consumer will make cryptocurrency a portion of their financial portfolio given they have the sufficient technical understanding.

“Each $5,000 of annual tax payments made over a 40-year period reduces your net worth by $2.2 million assuming a 10% annual return on your investments,” reports James Dale Davidson in The Sovereign Individual: Mastering the Transition to the Information Age, “For high income earners in predatory tax regimes (such as the United States), you can expect to lose more of your money through cumulative taxation than you will ever earn.”

As I explained in the report Bitcoin May Become A Global Reserve Instrument, never before has there existed a tool that can preserve economic and informational assets with such a high degree of security combined with a near-zero marginal cost to the user.

This revolutionary capability of the bitcoin network does, and will continue to provide, a subversively lucrative tax super haven in direct correlation with its acceptance on a worldwide basis.

Many government agencies have already cued in to the tax avoidance potential of bitcoin and cryptocurrencies. However, it would seem they misjudge this emerging threat looming over their precious tax coffers.

The Financial Crimes Enforcement Network in the United States (FINCEN) for example, issued guidance in 2013 on cryptocurrency taxation, yet makes a false distinction between real currency and virtual currency.

FINCEN states: “In contrast to real currency, ‘virtual’ currency is a medium of exchange that operates like a currency in some environments, but does not have all the attributes of real currency.”

It continues: “Virtual currency does not have legal tender status in any jurisdiction.”

What these agencies fail to realize is cryptocurrency is not virtual in any sense of the word. Indeed it is as real, and perhaps even more real, than traditional fleeting fiat currencies.

Bitcoin and cryptocurrency offer a near-perfect alternative to traditional tax havens which are being tightly controlled by the new laws associated with the Foreign Account Tax Compliance Act (FATCA).

In his report Are Cryptocurrencies Super Tax Havens?, Omri Marian makes clear the pressure for financial institutions who interact with the US banking system to hand over account holders, and for a crackdown on offshore tax havens with the enactment of FATCA in 2010. He states:

“Tax policymakers seem to be operating under the faulty assumption that cryptocurrency-based economies are limited by the size of virtual economies. The only virtual aspect of cryptocurrencies, however, is their form.

Their operation happens within real economies, and as such their growth potential is, at least theoretically, infinite. Such potential, together with recent developments in cryptocurrencies markets, should alert policy-makers to the urgency of the emerging problem.”

Current payment processors such as BitPay have recently revealed that government agencies are watching cryptocurrency transactions through the bottlenecks and exchanges where it can be tracked and traced with a high degree of transparency.

It should not come as a surprise that governments are watching cryptocurrency, nor that companies are complying with their laws, but understanding why national governments require users of the bitcoin digital economy to cut them a slice of the pie while they contribute nothing to the operation, and in many cases, hinder the adoption of this technology, remains an utter mystery.

Old laws seldom resist the trends of technology. The attempt of government agencies to levy taxation on cryptocurrency transactions directly is as futile as sweeping back waves of the ocean. No matter the size of broom, state actors will be overrun by continuously expanding waves of cryptocurrency adoption.

Interestingly, the same happened with the fax a few decades ago, as James Dale Davidson and William Rees-Mogg explain in The Sovereign Individual:

“In the 1980s, it was illegal in the United States to send a fax message. The US Post Office considered faxes to be first-class mail, over which the US Post Office claimed an ancient monopoly … billions of fax messages later, it is unclear whether anyone ever complied with that law.”

Every transaction you send with bitcoin or any other cryptocurrency is taxed by default.

In the realm of digital currency, the taxation represents the transaction fee which the user decides to (or decides not to) attach to each payment.

This user can decide to attach a large fee or no fee at all. In doing so, the miners of the network will choose preference for the transactions with a larger fee attached, and will work to confirm these payments sooner than those with smaller fees.

This transactions queue represents a voluntary, pay-for-performance taxation structure where the performance derived from the system is dependent upon how much taxation they pay.

When we come to understand the systemic resilience to judicial intervention, it becomes quite clear that cryptocurrency taxation will remain a voluntary, pay-for-performance function of the network itself.

No longer will taxation be enforced through coercion, but become a voluntary act towards increased system performance.

Make no mistake, in a crypto-anarchist jurisdiction where there is no means to confiscate or control property on behalf of another individual, the need for the state will cease to exist.

Mass taxation on digital currency is not feasible through judicial enforcement while individual enforcement is bound to prove ineffective. You, or anyone motivated to retain their net worth, will find a subversively lucrative tax haven in the realm of cryptocurrency.

NB: This article should not be construed as encouragement to not pay your taxes.