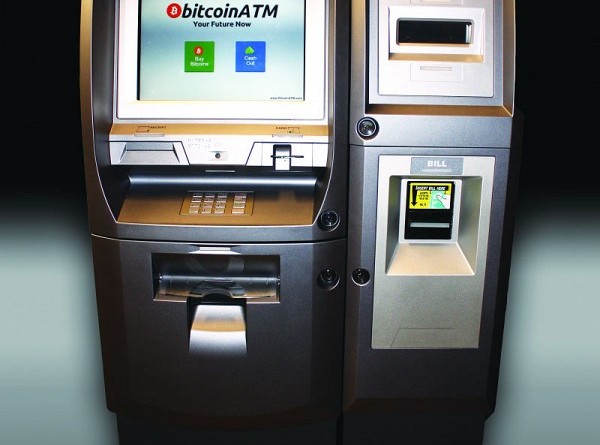 You may know Bitcoin is a controversial digital currency that makes news for falling or rising — a lot. Less widely known is that consumers can acquire the cryptocurrency through ATMs, just like regular cash.

The number of machines installed worldwide is nearing 1,600, with the biggest hunk in the U.S. at more than 900, according to Coin ATM Radar, which tracks the information globally. That’s up from virtually none at the beginning of 2014.

Bitcoin is available at all 1,567 cryptocurrency ATMs, followed by Litecoin, available at 357, according to Coin ATM Radar. Coinsource operates 128 ATMs in the U.S., making it the biggest, with machines across the country including New York, Philadelphia, and cities in Texas and California.

There are several Bitcoin ATM manufacturers, which mean there are several kinds of Bitcoin ATMs. Most will allow you to create a “wallet” for the digital currency, though some require you have one set up on line before visiting the machine. To buy Bitcoins, typically a user scans a code created either online or at the machine, inserts cash and fills the digital wallet with converted Bitcoin. Some machines also allow users to convert Bitcoin into cash, digitally or physically.

Most ATM users are looking to convert their cash to use Bitcoin to buy things online or send money, Coinsource CEO Sheffield Clark said in an interview.

The reason non-trader types are interested? The currency’s growing popularity as way to make online purchases may be one, Clark said, pointing to acceptance by online retailers including Microsoft, Expedia and Overstock.com.

Earlier this year, Japan started accepting Bitcoin as legal tender, helping drive prices of the currency higher over the summer. Some critics said Bitcoin’s rising price — and speculation about a bubble and possible crash — may slow the pace of retailer adoption in the U.S.

Still, Clark estimates most customers use Bitcoin ATMs “more as a financial tool” to send money or buy things. He estimates about 20 percent to 25 percent of Coinsource ATM customers are investor types.

“The majority of our business isn’t affected by Bitcoin volatility,” he said, adding that when the company formed three years ago, Bitcoin was valued at about $179. “We do have some set of people that are investors, but we do have more people that are using it from sort of an underserved (banking population) perspective.”

Last year, traditional ATM fees reached a record high, with the average cost of using an out-of-network machine rising to $4.57. An unplanned trip to the ATM would cost 23 percent in fees, Bankrate estimated.

Appreciation in Bitcoin’s value between the time someone buys it and when they use it may be a bonus, Clark said. “It’s an unintended benefit for them if it appreciates from the time they buy it to the time they spend it.”

Bitcoin’s value became even more volatile than usual earlier this month when Chinese regulators made it illegal to raise funds through Initial Coin Offerings (known as ICOs). That sent Bitcoin’s value down by as much as 11 percent on September 4, to $4,326.75.

Bitcoin was invented in 2009 by someone (or a group) using the name Satoshi Nakamoto. It has a total market value of $65.17 billion, making it the largest of more than 1,000 different types of computer-generated money tracked by CoinMarketCap.

Financial regulators are scrutinizing cryptocurrency use more than ever, writes Nafis Alam, an associate professor of finance at the Henley Business School at the University of Reading, in a piece on the academic website The Conversation. He points in part to an International Monetary Fund note issued in June urging trust is maintained in an evolving financial system.

“It all rests now with the central bankers,” Alam wrote. “China has offered a glimpse of a difficult future; crypto-evangelists will hope others continue down the more accommodating path.”