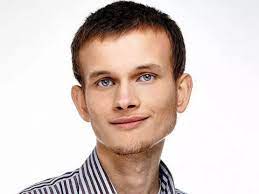 Vitalik Buterin on Dogecoin’s Development and Its Ethereum Collaboration

Ethereum co-founder Vitalik Buterin shared his thoughts on the potential cooperation between Dogecoin and Ethereum Wednesday as part of a Twitter experiment he is conducting where only the 268 people he followed can ask him questions.

Three Arrows Capital CEO Zhu Su asked: “What are some promising ideas for Ethereum / Doge cooperation? What was it about Doge that got you interested in the project?” Su recently said that he is “very bullish” on dogecoin and that the meme cryptocurrency has “no risk of it having any regulatory issues ever.”

Personally, I hope that doge can switch to PoS soon, perhaps using Ethereum code. I also hope they don’t cancel the 5b/year annual PoW issuance, instead they put it in some kind of DAO that funds global public goods. Would fit well with dogecoin’s non-greedy wholesome ethos.

In June, Buterin also talked about potential cooperation between Ethereum and Dogecoin. “If Doge wants to somehow bridge to Ethereum, and then people can trade DOGE thousands of times a second inside of loopring, then that would be amazing,” the Ethereum co-founder opined. “I think if we can have a secure Doge-to-Ethereum bridge. That would be amazing, and then when Ethereum gets any scalability that works for Ethereum assets, you would be able to trade wrapped DOGE with very low transaction fees and very high speed as well,” he further said.

In August, the Dogecoin Foundation relaunched with Buterin as one of its board advisors, along with Jared Birchall, a close associate of Tesla CEO Elon Musk, another prominent dogecoin supporter.

Among numerous questions Buterin received as part of his Twitter experiment was whether he was likely to create another cryptocurrency. The Ethereum co-founder simply responded with “No.”