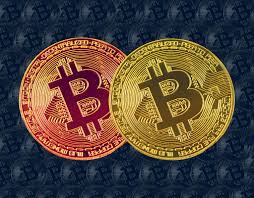 As a libertarian, comedian and podcast host Dave Smith has a lot of common ground with bitcoin enthusiasts, who have a reputation for having a libertarian bent. But when he and others argue that bitcoin isn’t going to replace government-issued currencies, Smith argues (jokingly, of course) that this is the response he gets.

Smith’s opening Soho Forum, a monthly debate in south Manhattan, attracting a group of mostly libertarians, or people that believe less government input in people’s lives would improve the world’s standard of living.

Monday’s topic is whether bitcoin is “suited” to help with that, by taking on central banks, the powerful entities across the world that control national money supplies, for better or worse. Judging by the fact that it’s a libertarian debate, most in the crowd were agreement on the point that the role of central banks should be audited or diminished, if not eliminated altogether.

Bitcoin takes control over the creation of money from any one entity, including governments. It sounds like a libertarian fantasy. Yet, many libertarians seem pretty skeptical it will actually pan out as a currency that will replace government currencies.

The precise wording of the resolution up to debate was: “Bitcoin is poorly suited to the purpose of becoming any nation’s main medium of exchange,” or an object that can be transferred for goods. Think the dollar.

With economist George Selgin arguing in favor of this resolution, while “The Bitcoin Standard” author and economist Saifedean Ammous argued against.

Selgin likes the goals of bitcoin. introducing more currency competition where governments currently have sole power. In fact, he’s the director of a research wing of the Cato Institute exploring alternatives to central banks.

But bitcoin, he argued, “isn’t up to the task.”

“The first question about money is, ‘What can you buy with it?’” Selgin argued, cutting to the chase.

He pointed out that it’s hard for people to find a store that even accepts the cryptocurrency.

“When ordinary people – which excludes many of you – think, ‘What kind of money do I want to equip myself with? What should I use as a medium of exchange?’ The answer, first of all is, what’s everyone else using? What does the store down the street take?” the economist said, implying that bitcoin does not satisfy these needs.

But he was just getting started.

“How risky is this to have on hand all the time? Is it going to decrease rapidly in value while I’m at the grocery store? Do I have to come up with all sorts of elaborate plans to protect myself?”

He went on to argue that bitcoin is not generally the answer people come away with when thinking about these questions. Additionally, Selgin pointed to bitcoin’s volatility in price, sometimes high transaction fees, and slow settlement as other reasons your average Joe isn’t flocking to bitcoin – and probably won’t.

Ammous, on the other hand, argued that while bitcoin isn’t perfect, it continues to grow quite rapidly.

While Selgin argues it is hard to find a store that accepts bitcoin, Ammous argues that’s because use is spread across the whole globe, rather than being restricted to just one nation. By global economic statistics, he asserted that bitcoin is one of the 20 largest-valued currencies in the world.

“Most importantly, it is the only working alternative to central banks,” he said, not swayed by the idea that a better alternative will come along and replace it

Give it time to mature, he said.

“The idea that bitcoin has to be born ready to handle everybody’s transactions overnight and to have all the world’s liquidity to do it overnight from its creation – or else it has failed – I think that’s a completely unrealistic way of assessing it. Bitcoin is growing in every metric that matters,” Ammous said.

He pointed out that other moneys have been replaced with newer ones over time.

Seashells have been used as money by groups of people in the past, for example. What he is implying here is clear: bitcoin might be the next in line.