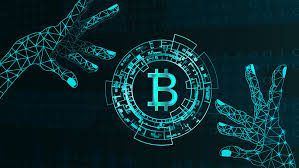 As the Chinese yuan falls in value due to factors like the ongoing trade war with the U.S., there are signs that locals are increasingly moving funds into bitcoin.

According to a Bloomberg analysis of prices over 30 days, the negative correlation between the yuan and bitcoin has fallen to a record low in the last seven days.

While previously the Chinese government has sought to keep the value of its national currency above 7 CNY to the dollar, last month the yuan was allowed to slide below that level, dropping to its lowest for 10 years. The move was reportedly in response to U.S. President Donald Trumps threats in early August to impose a 10 percent tariff on Chinese imports.

That the drop in yuan value is causing a flight by Chinese investors is backed up by exchange data. Bloomberg spoke to Dr. Garrick Hileman, research director at Blockchain and CoinDesk contributor, who said that bitcoin prices on exchanges such as Huobi that cater more to Chinese traders are trading at a premium.

The inverse correlation between bitcoin and the yuan also notched up in April and May “as the tensions ratcheted up with the deterioration on U.S.-China trade relations,” Hileman said.

The report comes as new details emerge on China’s own national digital currency. The recently appointed chief of the digital currency division of the People’s Bank of China has said the upcoming digital yuan will have features not offered by Facebook Libra.