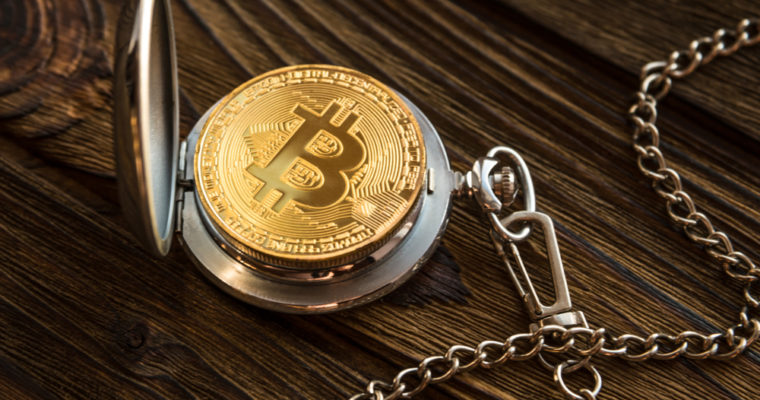 Throughout Bitcoin’s ten year history, one of the common issues has been the fact that the centralized exchanges where people are able to buy and sell the crypto asset are susceptible to hacks. In fact, research by hardware wallet manufacturer Ledger estimates more than $1.5 billion worth of crypto assets has been stolen from these exchanges over the years.

However, new crypto startup Arwen (formerly Commonwealth Crypto) thinks they’ve come up with a solution to this problem. Today, Arwen announced the launch of a testnet version of their platform, which allows traders to keep control of their crypto assets while they’re trading on exchanges via a layer-two blockchain asset transfer protocol.

A Lightning Network for Traders

Many Bitcoin enthusiasts have heard about the Lightning Network, which is a layer-two solution for making bitcoin-denominated payments in a decentralized manner. Arwen has designed a protocol built on some of the same technology used in the Lightning Network to create a separate network specifically for traders and exchanges.

The idea is to give traders the best of both worlds in terms of the liquidity and speed of centralized exchanges and the security of holding on to one’s own private keys.

YOU MAY ALSO LIKE
FORBES INSIGHTS
Behind Every AI Strategy Is A Data Strategy
Workday BRANDVOICE
The Business Case for Positive Company Culture
FORBES INSIGHTS
How AI Can Help Redesign The Employee Experience
Similar to the Lightning Network, users are able to leave this secondary network layer and go back to the base Bitcoin blockchain in a situation where something goes wrong. In this way, the blockchain is used as a sort of digital court for smart contracts.

In a situation where an exchange is hacked, the hackers will not be able to access the crypto assets held by those who are using Arwen’s software. Arwen users can simply broadcast a special transaction on the blockchain, which would allow them to regain full access to their digital assets. This same type of special transaction is used when users misbehave on the Lightning Network.

“We use something similar to Lightning revocation transactions,” said Arwen CTO Ethan Heilman when reached for comment. “We call them justice transactions.”

Having said that, there are notable differences between Arwen’s system and the Lightning Network. Some of these differences are due to a desire to support crypto assets based on blockchains that do not have a transaction malleability fix such as Bitcoin’s Segregated Witness (SegWit).

“Building a layer two protocol in face of malleability vulnerabilities is tricky but very important if your focus is to support as many coins as possible,” said Heilman.

Decentralized exchanges (DEXs) are not a new concept in the crypto asset industry, but according to Arwen, their design offers advantages over the already available options on the market. A Medium post published by Arwen early this morning discussed liquidity and latency as two key areas of concern for traditional DEXs:

“Today’s DEXs have too few users to produce a highly liquid market. Liquidity isn’t the only challenge for a typical DEX. Most DEXes require each trade to be executed on the blockchain. On-blockchain execution is slow, typically taking a few seconds to several minutes. In the trading world, even a few seconds of latency can be problematic, given the volatility of cryptocurrency prices.”

The Medium post from Arwen also discusses the possibility of front-running on past DEXs due to the fact that trade details are often published on a public blockchain before the trade has been executed.

While Arwen’s technology is an impressive development in terms of crypto asset exchange security, it’s still not a perfect solution for all traders — at least not yet.

For example, those who wish to trade on margin will need to stick with their current options for now.

“We currently don’t support trading instruments that rely on margin trading,” said Heilman. “We have spent some time thinking about how to do this, but those protocols are not ready yet.”

Additionally, there is a requirement for the exchange to lock up an equal amount of the crypto assets that their users wish to trade in blockchain-controlled escrow.

“In Arwen all trades are fully collateralized,” said Heilman. “For this reason the user must pay a prorated fee for the exchange to collateralize a payment channel. Users who are less interested in security may not want to bother with paying this fee.”

At launch, Kucoin, which has a 24-hour trading volume of $6.3 million at the time of this writing, will integrate with the Arwen protocol, and the supported crypto assets will be Bitcoin, Litecoin, Bitcoin Cash, Zcash, Ethereum, and all ERC-20 tokens. For now, the testnet version of the protocol supports Bitcoin, Bitcoin Cash, and Litecoin.

Kyle Torpey
Kyle Torpey
Contributor
I’m a writer who has been following Bitcoin since 2011. I’ve worked all over the Bitcoin media space — from being editor-in-chief at Inside Bitcoins to contributing to Bitcoin Magazine on a regular basis. My work has also been featured in Business Insider, VICE Motherboard… Read More
Print
Site Feedback
Tips
Corrections
Reprints & Permissions
Terms
Privacy
©2019 Forbes Media LLC. All Rights Reserved.
AdChoices

But it’s getting harder to find and keep people. The unemployment rate is at a 49-year low and almost half of the total workforce, Millennials and Gen Z, expect to stay at a company for less than two years.

To keep employees engaged, as you deliver on company goals, talent leaders have to hone in on the moments that matter day-to-day—the employee experience—and make them better.

The employee experience is comprised of how employees feel—the culture—and how they complete tasks at work—the systems and environment. You have to change both to see meaningful results.

For example, one of our clients, a global healthcare organization, was seeing lower-than-targeted engagement and productivity rates among their customer service representatives. These employees are the face of the organization. Ensuring their satisfaction and success is mission critical. Through some research, we learned these employees relied on over 100 different computer applications to assist customers. That meant arriving at their desks 45 minutes early every day to turn on their systems. Their desktops frequently stalled as workers flipped between tens of windows. It wasn’t just a waste of time—it was a culture drag. Their systems were slow, which left callers frustrated and employees ill-equipped and disempowered.

The world of work—from logging-on to data systems to communicating with colleagues—has to be easier for employees to succeed at their jobs. In fact, most chief human resources officers expect their success to be defined by creating a consumer-like employee experience, according to “The New CHRO Agenda.”

At the healthcare organization, ServiceNow collaborated with the customer service representatives to create a new way to work. After hours of interviews and prototyping, all those applications will bewere accessible via a single, integrated platform. Not only will did worker productivity improve, but now employees feel increasingly comfortable and valued.

“I felt that this company trusts me to determine its future.”

“I felt that this company trusts me to determine its future,” said one employee. She felt that she belonged, which may be an even bigger motivator for some employees than money. And, she will have 45 extra minutes in the morning to get her three children ready and off to school.

ServiceNow’s survey of 500 CHROs from across 12 countries and 20 industries confirmed that technology in service of people is how companies expect to thrive.

The organizations with the most advanced levels of digitization (i.e. those that use technology to foster a sense of community, improve the onboarding process, promote collaboration, and predict services employees need) are much more likely to say that they have built a workforce that meets future business objectives, are satisfied with employee engagement, have a stronger employer brand, and are successful at recruiting and retaining talent.

Discover how other HR leaders are making life #easyforemployees When technology is in service of people, you’re not just delivering organizational change. You have the opportunity to unlock your employees’ superpowers—and they can fall in love with work.

Explore more insights for leaders and find out how ServiceNow can help you navigate your own digital transformation.