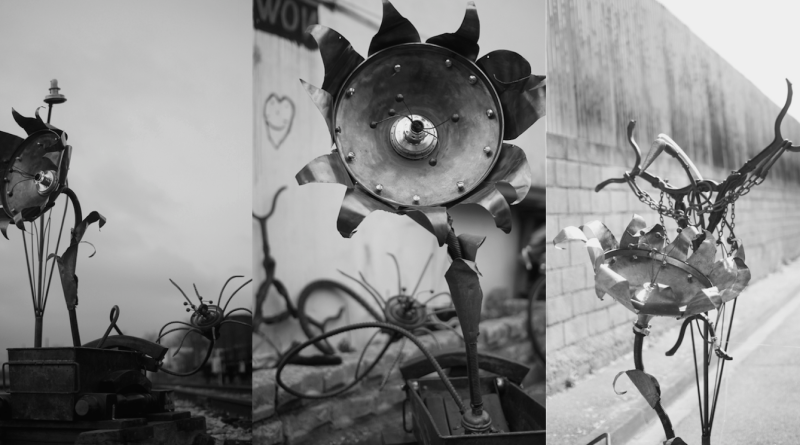 The robot plant species, debuted at last month’s Ars Electronica festival by French artist group Okhaos, relies on bitcoin to stay alive and – once it has enough – even reproduce.

How does it work? Just as bees pollinate crops, members of the public ‘feed’ the plant by sending funds to its bitcoin wallet. As the balance grows, its leaves unfurl one by one.

Then, once it reaches its threshold – which varies from Plantoid to Plantoid – it will signal via “a display of colour and light” that it is ready to reproduce.

“Depending on their form and size, different Plantoids will require different amounts of funds, which they will store as ‘starch’ in their personal bitcoin wallets. Perhaps the initial Plantoid will need $1,000 to fully turn into a blossom.”

Using smart contracts running on the Ethereum blockchain, it will commission a team of humans Okhaos has found – designers, artists, coders –  to create its offspring.

The project originated in a brainstorming session on ways to represent the blockchain in an artistic manner, one of Okhaos’ members, who wished to remain anonymous, told CoinDesk.

“It soon became clear to me that using the notion of a ‘Plantoid’ to instantiate a self-owned and self-sufficient art piece was the perfect way to illustrate the potential of this emergent technology,” they added.

Ideally, Okhaos say, this should be a place that’s publicly accessible so the Plantoid can perform its function of providing beauty and collecting money.

Artists earn a slice of each Plantoid’s tips and a cut from all of its future offspring (and their offspring, and so on) as a thank you for creating an attractive – and thus successful – specimen.

While certain characteristics of the Plantoid are effectively ‘hard coded’ into each specimen’s DNA, for example the logic that dictates its growth and reproduction, others are open for artistic interpretation.

“The rules underlying the reproduction [are] coordinated through the blockchain. In this way, individuals and groups are free to come and go according to the (autopoietic) laws of the work,” the group states. For example, active members of the plant’s DAO – its distributed governing team – can decide where it is exhibited or what it should look like.

While the first Plantoid was assembled from materials found in an abandoned train yard, new Plantoids will see greater variation both in their appearance and in their code, or ‘soul’. And while the appearance of the robot species may change over time, its relationship with human pollinators and craftsmen may do too:

“The first Plantoid is initially alone, but as time passes and more Plantoids are created from its collaboration with human beings – then new Plantoids will emerge, experimenting with new physical characteristics, but also diverse personalities and governance structures enabling them to communicate with other humans through the blockchain.”

Further down the line, if smart contracts governing it are sophisticated enough, a Plantoid may even be able make decisions like which artists to hire of its own accord.

Smart contract technology, a concept birthed by cryptographer Nick Szabo, has opened up the possibility of companies that can run without human control.

On the Ethereum blockchain for example, a cluster of these self-executing contracts can create a rudimentary business (aka a DAO) that functions using the logic ‘if X, then Y’.

Today, something that would have taken a group of people both time and legal costs to achieve can be executed with just a few lines of code. Here, the code itself forms an “incorruptible” rulebook, a new kind of law enshrined in cryptography.

If this concept is taken to its extreme, DAOs will not just represent a group seeking to outsource labour into “computationally intractable tasks” but will be made for robots, by robots.

These autonomous agents could be a network of public bikes that can pay for their own repairs or a robot artist collective capable of selling and distributing its work.

There are still legal hurdles to overcome however. One day robots may be granted ‘legal personhood’ and the ability to own things like money and property, but for now that’s still a distant dream.

This can be both beneficial to robot artists (see the bot who was released by police after ordering ecstasy online) and limiting (see the Legend of Zelda characters-turned artists – shown above – whose profits are hauled up in a trust fund until they have a way to spend their money).

But for Okhaos, this ‘algorythmic personhood’ doesn’t need a stamp of approval from lawmakers. It’s already here, they say:

“A Plantoid can be be said to own itself, and in that way to be a free, or autonomous agent. A Plantoid may come and visit you (you may be allowed to look after it for a while), and a gallery may wish to exhibit them, but it is not possible to own one, and should they decide to leave you cannot stop them.”