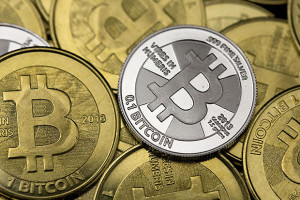 Bitcoin is entering uncharted waters as it trades against a backdrop of global economic turbulence, and so far it has held up surprisingly well – posting year-to-date gains while the equities market continues trading well below where it started the year.

It now appears that the “perfect storm” for Bitcoin could be brewing, as two rapidly unfolding events could act as catalysts that spark both widespread adoption and accumulation – potentially bolstering the crypto in the months and years ahead.

These events come as the crypto is showing signs of underlying strength, signaling that an extension of its ongoing upswing could be imminent.

Bitcoin’s deflationary and decentralized nature make it the archetypal form of so-called “hard money,” and its intense growth in the time following its genesis in 2009 shows that the world has recognized this.

In the past, the need for a decentralized digital asset like Bitcoin has always been theoretical, but the recent events seen throughout the past few months have made this need both relevant and all too real.

Per a recent report from Arcane Research, the actions undertaken by the Federal Reserve to curb the economic impacts of the Coronavirus pandemic have led its balance sheet to bloat.

“The Federal Reserve’s balance sheet is climbing to new highs this week, now surpassing $6.5 trillion… [it] expanded by another $205.2 billion in the past week, to $6.57 trillion. It has ballooned by $2.4 trillion, or 58%, since the end of February,” they noted. The massive growth of the Fed’s balance sheet is the result of monetary injections into the economy aimed at propping the markets. Although in the near-term this has been highly effective, the long-term implications could prove to be dire.

This shines a bright light on the need for forms of hard money and comes just weeks before Bitcoin sees its mining rewards halving event – which drops the crypto’s annual inflation rate by over 50%.

Arcane Research spoke about the timing of this event, explaining that it may attract a torrent of new investors into the cryptocurrency.

“While FED is printing money, Bitcoin has different plans with an upcoming halving in just three weeks. This will cut the yearly production in half, from 12.5BTC to 6.25BTC per block. This quantitative hardening may attract new investors to bitcoin, as ‘the money printer’ keeps running at full speed,” they said.

Couple this with the growing on-chain network activity and recent surge in accumulation rates amongst investors, and it seems probable that this “perfect storm” could give Bitcoin a serious boost.