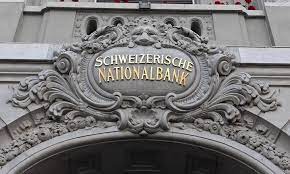 ZURICH, April 29 (Reuters) – The Swiss National Bank is against buying and holding bitcoin as a reserve currency, Chairman Thomas Jordan said at the central bank’s annual general meeting on Friday.

“Buying bitcoin is not a problem for us, we can do that either directly or can buy investment products which are based on bitcoin,” Jordan said. “We can arrange the technical and operative conditions relatively quickly, when we are convinced we must have bitcoin in our balance sheet.

“But from the current perspective we do not believe bitcoin meets the requirements of currency reserves, that’s why we have until now decided not to have bitcoin on our balance sheet,” he added.

Anti-climate change activists protested outside the meeting, held in Bern, demanding the SNB ended its investment in companies they say are contributing to global warming via carbon emissions.

“The Swiss National Bank invests billions in the fossil fuel industry every year,” said Nora Scheel from the group Campax. “In doing so, it generates almost as many CO2 emissions as the whole of Switzerland does domestically.”

The SNB, which has 937 billion in foreign currency investments, has reduced its investment in energy and fossil fuel companies from 10% of its holdings to around 3% to 4%, Chairman Jordan said.

“It makes no sense for us to sell all our shares, they would just be bought by someone else. The important thing is that the economy can transform itself ..to produce less CO2 emissions,” Jordan told the AGM.

“That should be done in a systematic and orderly manner. We are already seeing the problem in energy supply at present, with rising energy prices causing problems especially for people with low incomes.”

The SNB has already ruled out investing in companies mainly involved in coal mining, he added, but could not exclude oil and gas investments overnight.