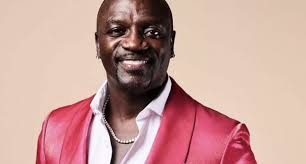 When Grammy Award-nominated singer Akon tried to convert some of Senegal’s currency to euros during a trip from Dakar to Paris a few years back, he was met with resistance. An employee at the currency exchange counter in France told him, “Unfortunately, we don’t take those.”

“I’m like, ‘What?’” Akon recalled in a recent phone interview with Bloomberg News. He hadn’t had time to convert one currency to the other before he left for his trip and was stuck with a pocketful of CFA francs — the currency used in many French-speaking West African countries, including Senegal — and nowhere to spend them.
“It really just opened my eyes,” said Akon, 47, in the interview. “That really catapulted the energy to say ‘We have to have our own currency. I don’t care what it takes — we’re going to fix this.’”

The encounter served as a catalyst for one of his newest ventures, Akoin, a cryptocurrency that will also be the local currency in Akon City, a 2,000-acre development in Senegal. While some other coins have promised but failed to upend the system of fiat currencies, the hope is that Akoin will be adopted across the continent and beyond, with a launch likely to happen in early July, according to Jon Karas, president and co-founder of Akoi

The American-born artist, who’s sold more than 35 million albums globally, spent his early childhood in Senegal before relocating to New Jersey. He rose to prominence in the early 2000s with the release of his debut album “Trouble.” He’s had 27 songs on the Billboard Hot 100 and has collaborated with the likes of Lady Gaga, Eminem and Gwen Stefani, among others.

Though his career spans more than a decade, some of his earliest hits, with titles like “Locked Up” and “Lonely,” saw a resurgence in recent months, becoming anthems for hordes of masses locked down in their homes amid the coronavirus pandemic. But recent events around the outbreak only acted to further sharpen his focus on the need for digital currencies, given that millions were hunkered down, unable to use cash and forced to shop online for necessities.

“It just goes to show the relevancy of why digital currency is such a futuristic event and how this is the future as we’re moving forward,” said the artist, whose full name is Aliaume Damala Badara Akon Thiam. “There are going to be digital currencies that will float through the whole universe that allow us to trade in a way that we’re already accustomed to — but now it’s going to be the norm.”

Akon says he’s been a crypto fan for years (he invested in Bitcoin in 2014). He announced potential plans for Akon City in 2019 and finalized a land agreement with the Senegalese government earlier this year — though the government isn’t providing funding for the project nor does it have a stake in the coin, Karas said.

When it comes to Akoin, 10% of the total float will be issued initially through a public sale, an amount that may change depending on demand. Another 10% will be held by company executives, advisers and directors, according to the white paper. Company representatives declined to disclose what percentage of the coin Akon will hold.

The coin’s three founders — Akon, Karas and Lynn Liss, who also serves as chief operating officer — are subject to a six-month lockup period and are released slowly thereafter. “We’re building a big ecosystem,” Karas said by phone. “We’re in this for the long-run.”

To be sure, the conversation is fraught and many prior undertakings have been called out for shortcomings and outright fraud. A lot is at stake, and the debate is likely to intensify as more institutions attempt to define their involvement. The Chinese government, for instance, already has a pilot program for an official digital version of its currency, while other governments have been loathe to relinquish the sovereignty of a national currency to the blockchain.

Akoin is built to be a utility token (meaning one that has a specific use), not an investment tool, Karas said. And Akon says he understands crypto’s tumultuous history — and cautions against blindly jumping into investments. At the height of crypto mania, thousands of tokens were in circulation — and many have since been weeded out.

“Whoever is interested, don’t just move on the hype,” he said. “Do your proper due-diligence, understand who you’re getting into it with, know the market that you want to invest in and have a plan of action as to what suits your benefit.”