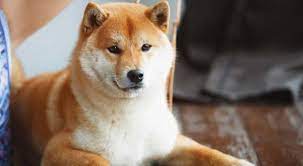 These whales also hold $1.1 billion in Tether’s USDT, $500 million in Gala Games’ $GALA token, and $400 million on the native cryptocurrency of Crypto.com and the Cronos network, $CRO. The top 1,000 Ethereum whales are also holding onto Polygon ($MATIC), Decentraland (MANA), Telcoin ($TEL), and The Sandbox ($SAND).

Shiba Inu, as CryptoGlobe reported, has recently become the third most-used token on the Ethereum network after only two major stablecoins, USDT and USDC, as holders of the meme-inspired cryptocurrency are seemingly becoming more active.

Behind Shiba Inu, in terms of activity on the network, was Wrapped Ether (WETH) with nearly 72,000 unique users and Matic Token (MATIC) with 56,100 unique users.

Notably, the figure shows that most Shiba Inu investors are simply holding onto their tokens, as Etherscan’s data shows there are currently 1.075 million SHIB holders on the blockchain. As CryptoGlobe reported, the number of addresses holding SHIB surpassed the one million mark in November.

Ethereum whales have notably been accumulating SHIB over the last few months. One whale with over $800 million in various cryptoassets added over 1.67 trillion tokens to its wallet, while another one with $300 million in assets added 72 billion SHIB tokens, worth just over $2.5 million, to its portfolio. The meme-inspired cryptocurrency is the whale’s largest holding.

As CryptoGlobe reported another well-known whale, Gimli, has been also accumulating SHIB. Gimli added SHIB in transactions worth millions of dollars to get close to $100 million worth of the meme-inspired cryptocurrency in its wallet.