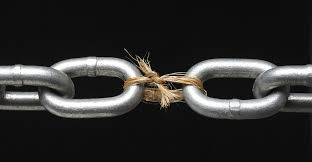 CoinCut, a bitcoin vendor based in the UK, recently suffered a security breach that exposed customer information. Visitors on the company’s website could view customer data that included images of passports, IDs, and credit cards. Since then the site has been offline while the company works with authorities to investigate the matter.

“We’re trying to figure out how that particular directory was made visible to the world – and how the problem leaked out so promptly given that we’re a moderately small bitcoin vendor in the grand scheme of things,” explained CoinCut representative Dax Chan.

Security breaches are not new to bitcoin companies, as some exchanges have suffered hacking attacks and even theft of funds. Even Italian spyware company Hacking Team has been hacked itself, exposing several sensitive information related to bitcoin wallets and transactions.

Nonetheless, CoinCut warned its customers that the exposure of their credit and debit card information online might result to fraudulent activity so they were urged to monitor and report suspicious transactions. In addition, the leak of IDs and personal information could also heighten the likelihood of identity theft.

The CoinCut website is still offline, with the message “Undergoing Maintenance” displayed on the homepage. The company has been around since 2014 and has worked to establish its operations under proper regulatory compliance with the UK government.

On its about page, the company explains that their mission is to make bitcoin buying friendlier and simpler in order to make it more widespread. “Not everyone wants to deal through an exchange, and not everyone wants to learn how to day-trade. With over 2000 bitcoin worth of volume trades, years of commercial e-commerce experience, and a strong business and tech foundation, we decided to bootstrap CoinCut and build a company that we would happily recommend to our friends and relatives.”