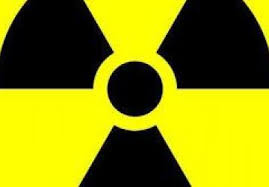 Reports suggested that several scientists working at a Russian nuclear weapons research facility have been arrested for mining cryptocurrencies at the site.

Reports from Interfax and the BBC indicate that the unnamed scientists have been handed over to the Federal Security Service (FSB) following the discovery.

“There has been an unsanctioned attempt to use computer facilities for private purposes including so-called mining,” a representative from the Scientific Research Institute for Experimental Physics was quoted as saying.

The scientists reportedly used a supercomputer at the facility to carry out the mining, which is an energy-intensive process by which new transactions are added to a blockchain (while minting new coins in the process as a reward). The research center’s security department received an alert that the machine had been connected to the internet (for security reasons, according to the sources, such computers are normally kept offline.)

Interfax added that the scientists are likely to face criminal charges in the wake of their arrests.

Founded in 1947, the Institute is famous for being the site at which the former Soviet Union produced its first nuclear bomb.