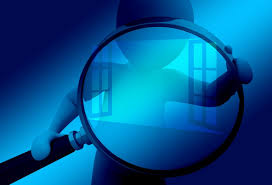 Good day. A spate of fintech hires suggests that new cryptocurrency and other financial technology regulations could be shaped as much by the private sector as by federal agencies themselves, WSJ Risk & Compliance Journal reports. Hackers attacking cryptocurrency exchanges in the last 18 months have stolen millions of dollars of bitcoin and other digital currencies. Plus, a large share of cryptocurrency trades appear to be fake, some researchers say.

Former Treasury officials positioned to shape fintech oversight from private sector. Former top officials from the U.S. Treasury Department’s Office of Terrorism and Financial Intelligence—the department at the center of crafting regulations for domestic and international blockchain and other crypto-finance fields—have taken positions at fintech powerhouses in recent months.

They join a network of other former officials in the field who share a central concern: ensuring the burgeoning industry doesn’t create the ideal conduit for bad actors.

Hacks in the last 18 months at cryptocurrency exchanges, including Binance in China, Upbit in South Korea and Coincheck in Japan, shine a light on cybersecurity protections and oversight of evolving financial technology.

Digital currency companies are poised to shape the standards and set the benchmarks on issues from compliance and risk management to regulatory outreach for others in the industry, according to former government officials who now work in the fintech sector.

The rank of cyberattacks and data breaches in a list of risks that will most impact businesses in the next year, according to a survey of 500 CEOs from accounting and consulting firm EY. The top risk is unfavorable economic conditions.

Hackers flood antiracism sites. Cyberattackers attempted to disrupt the websites of several antiracism groups last week as protests continued after George Floyd was killed while in police custody in Minneapolis, the BBC reports. Denial-of-service attacks against antiracism advocacy groups surged by 1,120% compared with the same period in the prior month, according to research from cybersecurity firm Cloudflare Inc. Similar schemes against government and military sites also were up, by 1.8% and 3.8%, respectively, Cloudflare said. In denial-of-service attacks, hackers flood a site with online requests, aiming to overwhelm servers.

Capital One must give plaintiffs forensic investigator’s report, judge rules. Consumers and others in a class-action lawsuit against Capital One Financial Corp. must have access to a report analyzing a 2019 data breach that compromised the information of 106 million card customers and applicants, GovInfoSecurity reports. A retainer with FireEye Inc.’s Mandiant unit, which produced the report, was put in place before the breach was discovered, and considered a business expense, said U.S. Magistrate Judge John F. Anderson, who is presiding over the case against the bank in federal court in the Eastern District of Virginia.

Distribution: About 50 bank employees and board members, four regulators, and an accounting firm already have received the breach report “for various business and regulatory purposes,” the judge said in his ruling. Capital One had argued that the report is a protected work product of its legal team.

Darpa seeks hackers to hammer security hardware. The U.S. Defense Advanced Research Projects Agency plans to launch a bug bounty program for external cyber experts to find flaws in computer chips and other hardware devices it has created, the Washington Post reports. The devices eventually could protect voter databases and medical systems. Darpa will pay hackers for their findings, based on how severe they are.