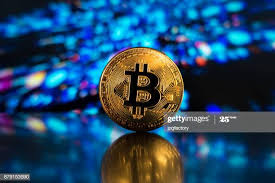 Embittered nocoiners love to cherry-pick moments when Bitcoin doesn’t live up to arbitrary expectations. The joke’s on them as Bitcoin grows ever stronger.

Mainstream economists, pundits, journalists and others trapped in a fiat mindset never miss the opportunity to dig a grave for Bitcoin. And Bitcoin offers plenty of such opportunities: the popular site 99bitcoins tracks “Bitcoin Obituaries,” a repository of more than 400 proclamations of Bitcoin’s death from mainstream news sites, politicians and investors.

Every time the price of bitcoin falls in the midst of a crisis, it is proclaimed a horrible failure. Last time we saw that was in March 2020, when bitcoin fell from $8,000 to around $4,900 in one day. Of course, it then recovered within a month and went on to reach more than $60,000 over the course of the next 20 months, but unsurprisingly, the critics didn’t proclaim Bitcoin a huge success then.

The most recent fall in bitcoin’s price at the outset of the Russian-Ukrainian conflict was no exception to the rule of nocoiners burying Bitcoin at every occasion. We saw a lot of tweets like the one below, accompanied by articles on mainstream media such as CNBC’s “The Case For Bitcoin As ‘Digital Gold’ Is Falling Apart.”

We can always cherry-pick moments like these, when several hours of price action exactly match our bias. I did the same once the price trends of bitcoin and gold reversed:

This is just to point out that judging any asset with the attention span of a goldfish is ludicrous. Every person who takes themselves seriously should consider things with a broader perspective, taking into account both the past price performance and the future value proposition.

We’ve all seen the lifetime price chart: the number goes massively up with some bumps on the road. But referring critics only to the price history doesn’t usually work. They could rightly point out the age-old adage that “past performance is no guarantee of future results.”

Full appreciation of Bitcoin takes not only price, but also value into consideration. Price is just a current intersection of market supply and demand, whereas value is needs that are fulfilled, preferences that are met, goals that are reached — all made possible thanks to a particular valuable good, in this case bitcoin.

So what are the needs that Bitcoin helps fulfill?

Bitcoin has two crucial improvements over the current financial system.

“Inflation is always and everywhere a monetary phenomenon, in the sense that it is and can be produced only by a more rapid increase in the quantity of money than in output.” – Milton Friedman

First, Bitcoin prevents perpetual inflation. It used to be normal for several generations to buy a can of soda for the same price of 5 cents. After the politicians severed the remaining ties to gold in 1971, the price growth has been rampant: the U.S. price level has grown seven times over the last 50 years. And that’s just in the United States; the inflation has always been even more intense in other parts of the world. As Milton Friedman pointed out, the cause for the perpetual inflation is monetary policy. There is no end to fiat money printing and no hard limit on its issuance. While fiat monetary policy is decided by a small cabal of central bankers based on their subjective view of the economy, Bitcoin’s monetary policy is set in stone: the issuance algorithm is administered by the world’s largest collective super computer and enforced by thousands of independently run nodes all around the world. That is why we can say that bitcoin’s issuance cap of 21 million is credible.

Second, Bitcoin is resistant to financial censorship and has a high degree of fault tolerance. In the past few weeks, we’ve seen a fair share of fiat failing as a reliable medium of exchange. First in Canada, where peaceful protesters and their supporters had their bank accounts frozen, then in Ukraine and Russia, where ATM withdrawals were limited, digital payments were suspended, and bank runs commenced. Bitcoin, on the other hand, isn’t subject to a particular jurisdiction of geographical infrastructure: when China expelled 50% of the global mining hash rate last year, bitcoin users barely noticed. Moreover, when a particular country bans bitcoin, it still thrives underground, with users trading and transacting in a peer-to-peer fashion. When fiat fails as a medium of exchange, bitcoin becomes the best option available to ordinary people.

As we can see in various countries over the world — West and East alike — your savings, your operating capital, your money to feed the family can become inaccessible overnight, without any prior warning. This can result in life-threatening situations. Sufficient cash reserves can prevent your family from going immediately hungry; a sufficient bitcoin stash can help you start anew if your country ceases to be a livable place.

When you understand Bitcoin’s role in the world of ever-more dysfunctional fiat currencies, the short-term dips and alleged failure to thrive in an acute crisis become laughable. Bitcoin proves valuable for those who know why and how to use it. Some may need its long-term store-of-value properties, others may use it to save their lives when the world around them falls apart. These uses may not be intuitive to the ivory tower commenters with cushy jobs and subsidized pension savings plans, but for others they become more and more obvious.