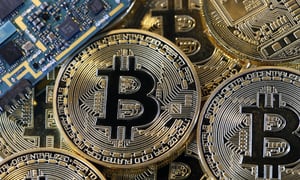 Bitcoin price bounced into the green during the European morning session yesterday and hasn’t left the territory ever since.

The bitcoin-to-dollar exchange rate today established an intraday high of $12,794.27 on Coinbase exchange. The move upside brought the pair’s month-to-date returns 19.17 percent higher. But most importantly, the move helped bitcoin break above a crucial resistance area, indicating the asset’s likelihood of retesting its year-to-date highs of $13,868.44.

The bitcoin price rally appeared despite a stronger intraday US dollar sentiment. The greenback on Monday edged up on a stronger-than-expected jobs data. It also seems that traders digested the possibility of the Federal Reserve not to raise benchmark interest rates this month. Former White House Communications Director Anthony Scaramucci said on Sunday that the Fed might delay their plans to make lending cheaper now that the US economy is looking stronger.

Nevertheless, fears of a weaker US dollar remained high after noted economist Arthur Laffer supported the idea of the US government – especially President Donald Trump – taking control of the monetary policies.

As discussed in CCN’s previous analysis, the bitcoin price was hinting to test the neckline of an inverse head and shoulder pattern for a potential breakout. The Monday trading session saw it happening, as shown in the chart below: