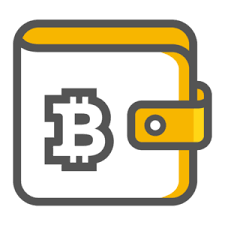 The owner of the world’s largest unattributed bitcoin wallet has emptied their account of almost $1 billion in cryptocurrency.

The transfer made the latter bitcoin wallet the second richest in existence, behind a cold storage wallet owned by cryptocurrency exchange Huobi.

The transaction was first registered on June 27 by an automated tracking service, and cost just $0.48 in associated fees.

The sending wallet was first created on April 1 with a transfer of similar magnitude, after which it was logged among the most wealthy bitcoin addresses not owned by high-profile exchanges, whose bitcoin stock is owned primarily by clients.

The identity of the wallet holder remains a mystery, by virtue of the anonymized nature of bitcoin transactions, though speculators have theorized it may have been owned by large scale investors such as the Winklevoss twins.

It is also unclear whether all bitcoin held in the wallet was owned by a single individual, a group of individuals or even an exchange that had not declared its affiliation with the address.

The identity of the transaction recipients is also unknown. Some have speculated that the sending and receiving wallets could be owned by the same entity, although it is unclear why that person (or group) might need to shift the location of their funds.