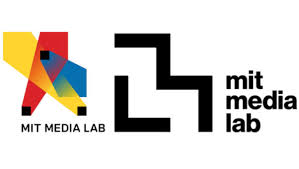 The MIT Media Lab has unveiled that it is working on a Bitcoin-based encryption system that lets users securely share data over a decentralized computational network. The system, called Enigma, could offer drastically improved privacy features on the Internet.

Enigma, which is still in its prototype phase, is set to solve a classic problem in data security. Similar to a process known as “homomorphic encryption,” the system would allow data to be shared and used for computation while remaining undecipherable. Interestingly, this could potentially enable the recreation of all sorts of Internet services – be it search engines, data bases or web shops – without the need to share any personal information with these services.

The way Enigma works is that it cuts data in pieces, encrypts is, and randomly distributes it over the Enigma network in little chunks. None of the nodes on the network can read the data. But each node is able to process its own piece of information despite it being encrypted, and can send the results of these computations back to the original user. The user then decrypts and recombines all of the individual pieces to derive the final result.

“You can see it as a black box. […] You send whatever data you want, and it runs in the black box and only returns the result. The actual data is never revealed, neither to the outside nor to the computers running the computations inside.” In order to keep track of all of the different pieces of information on the Enigma network without needing to rely on a trusted entity, the system makes use of blockchain technology to embed data. While the system itself is largely platform agnostic, and could work with other blockchains as well, the team is currently working to build Enigma on top of Bitcoin.

“We’re not specifically designing for the Bitcoin blockchain – any blockchain with a digital currency would do. Since currently Bitcoin is the most widely used, and therefore the most secure, we’re interfacing with that first.”

Much like Bitcoin itself, the Enigma system is not completely free to use, but requires a small fee – to be paid in bitcoin. Users pay a fee to the nodes on the Enigma network as a an incentive to store and process the data. On top of that, of course, a mining fee needs to be paid to embed data in the Bitcoin blockchain.

For more information on the specifics of Enigma, see MIT’s full white paper.