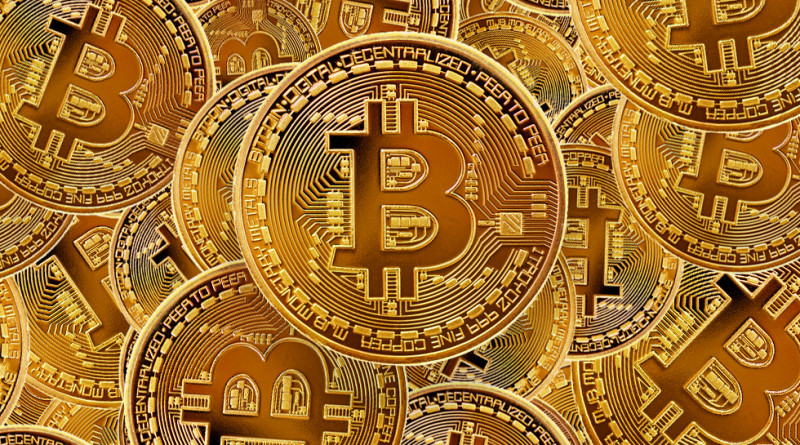 As a living legend in the world of computers and antivirus software, it is only fitting that John McAfee would be involved in the cryptocurrency space. In 2017, the founder of what became one of the world’s top software security companies, McAfee Associates, boldly predicted crypto’s largest asset, bitcoin, would hit a price of $1 million dollars per bitcoin by the end of the year 2020. His reasoning for such a price tag lies in bitcoin’s total supply, as well as logic.

“Let’s get real, there are only 21 million bitcoins,” McAfee said to me in a September 23 interview. “Seven million of which have been lost forever, and then, if Satoshi [bitcoin’s anonymous creator] is dead, add a few more million,” he added.

Bitcoin has a capped supply of 21 million coins. That being said, as McAfee mentioned, many coins have been lost since bitcoin’s creation in 2009.

In the asset’s early days, when it was hardly worth any money at all, people were likely more careless with their storage of the asset, as detailed in a Fortune article. One individual even tossed out a storage device with 7,500 bitcoin on it, an article from The Verge said. Additionally, bitcoin’s anonymous creator, Satoshi Nakamoto, is believed to have a stash of bitcoin stored away.

“In any case, just run some numbers,” McAfee said. “If bitcoin gets to be 5% of world financial transactions, which, you all know it will,” he said, even mentioning “maybe 10% or 20%,” then bitcoin would be worth “$10 million per coin, based on those numbers.”

5 Best Over-Ear Headphones For Working Out Of 2019

“I’m just a very conservative man,” McAfee said with a laugh. “I said one [$1 million] and I’m sticking to one.”

With a history deep in programming, McAfee was the brains behind what would become one of the world’s leading antivirus software solutions, according to information from an ABC report. After leaving McAfee Associates, the company he founded (now called McAfee), in the 1990’s, McAfee went on to work on numerous other notable endeavors, including his latest: campaigning for a presidential bid for the 2020 elections on behalf of the Libertarian camp.

Bitcoin has many commonly referenced use cases, such as its usage as a method of transaction or a type of investment, although, use as a store of value seems to be the front runner. McAfee provided a few insights in agreement with the store of value concept.

“I think bitcoin represents simply a store of value,” McAfee said. “It is surpassed in every respect technologically and functionally,” he explained. “Ethereum’s got smart contracts […] I mean, bitcoin is just an exchange.”

The tech expert also dove into aspects of privacy regarding bitcoin. Each bitcoin transaction is posted online to a public ledger, for anyone to check. If one person sends bitcoin to another, either party can go online to check the transaction and even see the other party’s entire wallet balance, as well as any other transactions involving those wallets, McAfee explained.

“What if a plumber came and fixed your sink and you paid him $40? He went into the bank and he goes, ‘I’d like to cash this check. Mr. McAfee wrote it to me and I’d like my $40, and, while you’re there, would you please tell me what his balance is, and, from now on, forever, would you please inform me every time he has an incoming wire or deposit, and every check that he writes, and to whom?’”

“That’s what bitcoin is,” McAfee said. “Would you be happy if your bank did that?” He added, “Please, you know you wouldn’t. We know, if anybody has any sense, and if you understand human nature, then privacy coins will be the winner.”

Privacy coins, also sometimes referred to as anonymous coins, are cryptocurrencies such as monero (XMR) and zcash (ZEC) that tout capabilities to hide transactions and other activities.

McAfee noted two classes of digital assets he sees as options for making transactions: privacy coins and stablecoins. He did, however, specifically note that stablecoins, digital assets pegged to the value of national currencies, “are not an investment,” as they are built to be resilient against fluctuations in price.

Stablecoins can be useful for people or entities looking send or receive money without seeing a change in value before, during or after the transaction takes place.

JPMorgan Chase unveiled plans for a private stablecoin earlier in 2019, and Signature Bank already has such an option in play. Variants that are more public and retail-friendly include the likes of USD coin (USDC), trueUSD (TUSD) and dai (DAI), a stablecoin McAfee mentioned specifically.

McAfee explained how stablecoins such as dai might be of great benefit to parties who do not have access to bank accounts or those that are not able to “use bank accounts” based on their activities in the “legal marijuana business.”

Adding just one more crypto asset category to privacy and stablecoins, McAfee pointed toward a “vast range of functional coins,” which will have various individual use cases. “They will proliferate into everything,” he said. “There might be a shoelace coin eventually, I don’t […] know.”

Circling back to the industry’s largest asset, McAfee described bitcoin as a bit different. “Bitcoin is a brand, like Colgate,” he said chuckling. “It has nowhere to go but up, but it will only be a store of value, end of story,” he added.