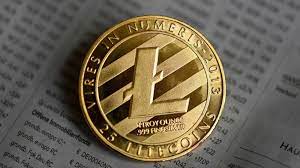 Throughout this series of articles, we’re looking at the top blockchains in cryptocurrency to help you make sense of the alphabet soup of so-called “altcoins” that exists beyond that of bitcoin’s BTC and Ethereum’s ETH.

We will look at what they are, how they work, what they do, and their pros and cons.

You’ll come out of this series not only with a better sense of what cryptocurrency is all about, but you’ll also understand why the way a token works — the way its blockchain processes transactions — is key to its success or failure as a digital asset.

So, what is Litecoin?

One of the important “altcoins” — meaning any cryptocurrency other than bitcoin — Litecoin launched in 2011, just two years after the first cryptocurrency.

Developed by Google software engineer Charlie Lee, Litecoin was the first significant attempt to fix the main shortcoming bitcoin has as a payments-focused cryptocurrency, including its dismally slow transaction speed and thus scalability.

Bitcoin has a block time of 10 minutes, meaning a new batch of transactions is only added to the blockchain six times an hour, and it can handle about eight transactions per second (TPS). Litecoin reduced the block time to 2.5 minutes and is capable of 56 TPS.

“Thinking of a future where this incredible new technology would be widely adopted, I realized right away that transaction throughput would become a serious scalability problem for the nascent cryptocurrency,” said Lee, who is managing director of the Litecoin Foundation. “I immediately began working on a solution to complement bitcoin and in only a week, Litecoin was born.”

While bitcoin’s price was well under $5 at the time, Lee said he saw bitcoin turning from a peer-to-peer (P2P) electronic cash — its intended purpose — into a store of value, like gold. The phrase “digital gold” was popularized when New York Times crypto reporter Nathaniel Popper published a book by that name. It took off in 2021 as Wall Street financial institutions picked it up when bitcoin began climbing from around $10,000 to more than $65,000 — and even after its price crashed more than 50%, rebounded, and then crashed again at the end of the year.

Lee was well ahead of crowd.

“In order to help people quickly understand what it was, I described Litecoin as the ‘light version of bitcoin’ that could very well become ‘the silver to bitcoin’s gold,’” he said.

It was not a competitor to bitcoin, Lee argued. Rather Litecoin was designed to fulfill bitcoin’s original purpose — as a payments tool.

Litecoin has had some big wins in this regard, notably when PayPal (and later its other payments app, Venmo) selected it and Bitcoin Cash as the two payments-focused cryptocurrencies it supported, along with top cryptocurrencies bitcoin and Ethereum.

However, there is growing competition from decentralized finance (DeFi) blockchains like Solana, which can handle 60,000 TPS and launched a point-of-sale (POS) product, Solana Pay earlier this month. It works with dollar-pegged stablecoins like Circle’s USD Coin (USDC)

Then there’s block time. In order for a transaction to be truly finalized, a minimum of six blocks have to be added after it for security, and 15 minutes is a lot better than bitcoin’s hour-long wait.

In terms of transfer fees, Litecoin runs a couple of cents, far more workable than bitcoin’s couple of dollars. But other newer blockchains can run fractions of a cent, Solana Pay, for example, claims $0.00025 as its average transaction fee.

Aside from its faster block time, Litecoin has also attempted to deal with some of the problems that have caused bitcoin to create a huge environmental problem. While Litecoin also uses a proof-of-work consensus mechanism — the method by which transactions are added to the blockchain — it is not a fork of bitcoin but uses a slightly updated version of its code.

In bitcoin’s case, this has led to huge environmental problems as bitcoin miners started a computing-power arms race to win the new bitcoin reward — currently 6.25 BTC, worth about $235,000 as of Wednesday evening (March 2) — which has led to country-sized amounts of power being used for mining.

Starting from scratch, Litecoin changed the mathematical algorithm used in its mining that — for a while — made it impossible to make that type of arms race work, as the specialized computers designed for BTC didn’t work for LTC. And while it still uses less than bitcoin or Ethereum, Litecoin’s newer competitors run on a proof-of-stake, which uses virtually no power at all to add new blocks.

Litecoin has a number of other things going for it as a payments cryptocurrency, starting with liquidity. The 24-hour trading volume Wednesday evening was more than $925 million.

But, aside from new, speedier DeFi competitors, there are a growing number of rails on which bitcoin payments can be made, from Block’s BTC-centric CashApp (and PayPal) to crypto payments processors like BitPay and the growing array of bitcoin debits cards.