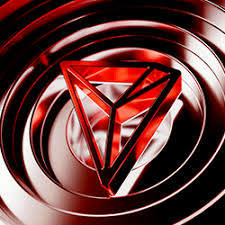 Yesterday, actress and musical artist Lindsay Lohan publicly discovered Bitcoin. Well, sort of. She auctioned off an Ethereum-based NFT on digital collectible marketplace Rarible after predicting and/or demanding, “Bitcoin to the moon.”

Over the following 24 hours, several of her 8.4 million Twitter followers and assorted onlookers painstakingly pointed out that Bitcoin is not Ethereum, which is where that non-fungible token resides—along with a whole slew of decentralized finance (DeFi) applications that allow people to lend funds, earn interest, and swap assets without going through a financial institution.

And now, guys, Lohan totally gets it. She’s been looking into the amazing things that non-Bitcoin blockchains have to offer and she’s come away a big fan of…Tron.

Tron, led by wealthy founder and CEO Justin Sun, has positioned itself as an Ethereum competitor. Tron boasts the ability to process about 100x more transactions at a time than Ethereum, no small feat as DeFi apps become increasingly popular.

The 66 Ethereum protocols and platforms tracked by DeFi Pulse currently have $40 billion in value locked into them, an indication of how widely they’re used. That represents a record and a 100% increase since the first week of January.

We are dropping ultra scarce generative art + music NFTs. We offer full commercial rights and royalties on the originals and instant liquidity provided by a bonding curve for prints. Sign up to be notified when we go live!

Tron has tried to get in on the fun. Last year, Sun went on a marketing blitz to drum up users for his blockchain’s DeFi system.

“We are creating the same kind of DeFi ecosystem as Ethereum,” Sun told the LA Blockchain Summit. “All the Ethereum network products, you can see a same version of Tron products. For example, the MakerDAO on Tron is called JustStable, created by the JUST team. And UniSwap is called JustSwap.”

But Tron is in decline, according to a recent report by VC firm Outlier Ventures. It wrote: “Ethereum killers Tron, EOS, Komodo, and Qtum are seeing a decrease in core development metrics.” Tron had a net loss of core developers last year, a sign that its DeFi offerings aren’t translating to increased interest in the network.

Additionally, Sun and Tron have attracted attention for many of the wrong reasons. Sun has been accused of plagiarizing from the Ethereum whitepaper; Bram Cohen, who created BitTorrent, which Tron bought, accused Sun of withholding payment for the acquisition. And an expose by The Verge in September 2020 ripped Sun as a crypto tyrant, using interviews with anonymous employees.

To crypto newcomers like Lohan, however, that history (or FUD, for those who back Sun) is likely yet to be discovered. Tron is just Ethereum with more marketing.

Tron’s marketing emphasis has several people wondering if Lohan was paid for the post. (Tron has not replied to a Decrypt request for comment). If she didn’t get something before, she might in the future: Justin Sun responded to her tweet by asking for her address. “I may send you something,” he wrote.

Welcome to #TRON family! Show me your #TRX address