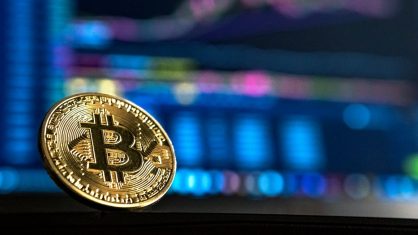 A widely-tracked bitcoin (BTC) price indicator has turned bullish for the first time in over three months, hinting that a move to yearly highs lies ahead.

The moving average convergence divergence (MACD) histogram – an indicator used to identify trend reversals and trend strength – has crossed above zero on the three-day chart, confirming a bearish-to-bullish trend change. A positive reading was last observed in the first half of July.

Seasoned traders may argue that the MACD’s bullish turn cannot be trusted, as it is based on moving averages (MAs) which are lagging indicators.

While that sounds logical, the histogram has a strong track record of predicting trend changes and big moves, as seen in the chart below.

The MACD crossed above zero in late December 2018, confirming a bottom had been made near $3,100 and remained in the bullish territory throughout the first quarter, even though bitcoin’s recovery rally remained capped above $4,000.

The cryptocurrency broke into a bull market on April 2 with a convincing move above a bearish lower high of $4,236 created on Dec. 24.

So if history is a guide, the MACD’s latest bullish turn could see bitcoin breaking out of a four-month falling channel and challenging yearly highs above $13,800 before the year’s end.

Supporting the bullish case is another piece of historical data that says BTC picks up a strong bid six months ahead of the mining reward halving due in May 2020.

So far, however, the MACD’s move above zero has failed to be reflected in price gains. BTC is currently changing hands at $9,470 on Bitstamp, representing a 0.6 percent gain on a 24-hour basis, having faced rejection near the 100-day MA resistance at $9,625 during the Asian trading hours.

Notably, bitcoin failed to close above the 100-day MA for the third straight day on Tuesday, having faced rejection above $10,000 over the weekend. as seen below.

The repeated failure to hold onto gains above the 100-day MA indicates buyer exhaustion. A similar sentiment is echoed by Tuesday’s red candle with a long upper shadow.

As a result, the odds of BTC diving out of the contracting triangle, or pennant pattern, on the hourly chart are high. At press time, the lower edge of the pennant is located at  $9,260.

A breakdown, if confirmed, could yield a sell-off to the former resistance-turned-support of $8,820 (formerly a bearish lower high).

On the other hand, a high-volume pennant breakout, if confirmed, would imply a resumption of the rally from Friday’s low near $7,400 and will likely yield a quick break above $10,000.

China’s state media has called investors to stay rational and avoid speculative behavior. The warning has come after Monday’s sharp rise in blockchain-related stocks in China.

Investors poured money into bitcoin and blockchain-focused stocks after President Xi Jinping said last week that the world’s second-largest economy should accelerate its adoption of the blockchain technology.

The comments by China’s state media may force investors to scale back lofty expectations, leading to a price drop. A pennant breakdown, therefore, looks likely.

The overall outlook would turn bullish if and when the cryptocurrency invalidates the four-month bearish trend, as discussed on Monday.