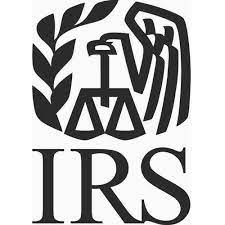 According to an April 1, 2021, release from the U.S. Department of Justice, a federal court in Manhattan has entered an order authorizing the IRS to serve a John Doe summons to cryptocurrency payments company Circle and its subsidiaries, including the cryptocurrency exchange Poloniex.

A John Doe summons is an investigative tool used by the IRS to obtain information about unidentified U.S. taxpayers. In this case, it is attempting to compel Circle to provide information about users who conducted cryptocurrency transactions totaling at least $20,000 between 2016 and 2020.

“Those who transact with cryptocurrency must meet their tax obligations like any other taxpayer,” said Acting Assistant Attorney General David A. Hubbert of the Justice Department’s Tax Division, per the release. “The Department of Justice will continue to work with the IRS to ensure that cryptocurrency owners are paying their fair share of taxes.”

Based on the release, Circle has not engaged in any wrongdoing with its exchange operation. Rather, the summons has been issued because “the IRS has reasonable basis to believe [its users] ‘may have failed to comply with any provision of any internal revenue laws.’”

The rationale given in this release is reminiscent of a regulation proposed by FinCEN, which many in the cryptocurrency space feel would violate exchange users’ privacy. Also, it can be seen as an indirect move by authorities attempting to regulate transactions that should be sovereign, which, by the way, are the lifeblood of systems like Bitcoin.