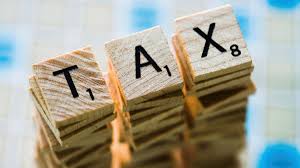 India’s Central Economic Intelligence Bureau (CEIB), an important part of the Indian Finance Ministry has put forward a proposal to the Government to impose an 18% tax on Bitcoin trading in the country.

The report outlined that the CEIB has requested the Indian Government to recognize Bitcoin as an intangible asset to impose a GST levy on all Bitcoin transactions in the country. Currently, due to the lack of cryptocurrency regulations in India, the authorities have raised concerns about the usage of Bitcoin in illegal activities including money laundering and betting.

India is Asia’s third-largest economy and one of the fastest-growing economies around the world. Despite its potential, the country faced several regulatory challenges as far as the crypto market is concerned. The Reserve Bank of India imposed a ban on all banking transactions associated with Bitcoin and other cryptocurrencies, but earlier this year, the Supreme Court of India lifted the banking ban on cryptocurrency exchanges.

The cryptocurrency market flourished in India this year as CoinDCX, the largest cryptocurrency exchange in India reported a significant rise in volume and daily active users.

Finance Magnates earlier reported about the recent funding round of CoinDCX, in which the exchange raised nearly $14 million from international investors like Coinbase Ventures and Block one.