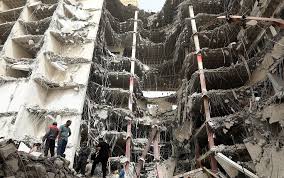 (Kitco News) – As the SEC sues crypto firms Genesis and Gemini and Binance faces increasing scrutiny for its “lack of transparency,” Grayscale Bitcoin Trust (GBTC) will suffer increasing pressure. In the “rare event” that Grayscale collapses, this would trigger a “massive selling event” for Bitcoin, according to Scott Melker, host of The Wolf of All Streets podcast and a crypto trader.However, he was optimistic that firms like Valkyrie could “take over” Grayscale and run it more efficiently.

“The real problem for the crypto market, specifically the Bitcoin market, is if contagion [spreads] to Grayscale and GBTC,” he said. “I don’t think that’s going to happen… but in the rare event that something like GBTC having to be liquidated happens, we would see a massive selling event of Bitcoin.”

Last year was bearish for cryptocurrencies, with the overall crypto market cap falling from $2 trillion to $800 billion, according to CoinMarketCap. Melker predicted that there would be a lot of “sideways” trading in crypto markets in 2023.

“I would anticipate that we see more sideways chop as we see the macro give us some clarity,” he said. “I don’t expect that Bitcoin is going to skyrocket while the Fed continues to maintain their hawkish tone, and we don’t know what’s happening with other markets.”

However, he said that by 2024, an election year, “a ranging bull market” is likely.

Last year was marked by the failure of a number of notable crypto firms, including Celsius, BlockFi, and FTX. The former CEO of FTX, Sam Bankman-Fried (SBF), is currently facing jailtime for market manipulation.

Melker said that although further failures of crypto exchanges are possible, this will not affect crypto in the long-term.

“After we saw Celsius, Voyager, BlockFi, Three Arrows Capital, LUNA all collapse, people said if we get one more big one, it’s over,” he observed. “And there was nothing bigger than the FTX [collapse]… and what happened? The price of Bitcoin broke down, and is now trading higher than it was before the FTX debacle… the asset class came back and continued to rise.”

Melker added, “when people start telling me that an asset, regardless of what it is, is going to zero, and start giving me irrational reasons, that usually means it’s the time to buy.”

With the bankruptcy of CeFi firms like FTX, Melker struck a positive note, suggesting that DeFi firms could experience more demand.

“Now that we’ve seen these centralized platforms failing, like FTX, there has been a real movement back to the initial and original ethos of Bitcoin, which is not your keys, not your coins,” he remarked. “There has been a massive movement over the past few months. Ledger in March is dropping their new wallet [for example]… this is a push back toward the ethos of decentralization and being your own bank. That could be the silver lining of everything that is happening here.”