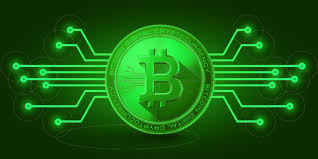 The Bitcoin exchange-traded fund (ETF) has already become the catalyst of the next big rally of the cryptocurrency to the minds of many investors.

Realistically, however, the U.S. Securities and Exchange Commission (SEC) could easily deem the cryptocurrency market unready of handling a large-scale investment vehicle like an ETF based on the wild volatility in the prices of major cryptocurrencies over the past year and the lack of surveillance in smaller markets.

Jake Chervinsky, a government enforcement defense and securities litigation attorney at Kobre & Kim, has said that while the probability of the approval of a Bitcoin ETF could increase over time, as of now, there only exists a 10 percent chance for the ETF to be approved.

“Here’s my prediction, with a big disclaimer. This is not in any way meant as advice. Don’t even think about trading on this. I have no idea how the ETF decision will impact the markets anyway. If the deadline were today, I’d give the ETF a 10% chance of approval. My prediction is based largely on the manipulation issue. I think the chance of ETF approval will go up over time as market structure continues to develop & more surveillance-sharing agreements are entered.”

So How Can a Bitcoin ETF Rejection Affect the Market?

Historically, the cryptocurrency market has generally not been affected by a certain event or a catalyst during both bear and bull markets.

In the bull market, regardless of negative events and news coverage, due to an overwhelming demand for crypto, the prices of cryptocurrencies tend to increase. In a bear market, as seen in the case of Nasdaq, Fidelity, and NYSE, positive announcements have minimal impact on the prices of digital assets.

The potential effect on the approval of a Bitcoin ETF on the cryptocurrency market remains unclear, and no one really knows. There have been several reports claiming that if 10 percent of investors in the stock market invest in the Bitcoin ETF, the Bitcoin price would surge to a certain amount.

But, such a vague prediction is no different than a startup thinking “China has 1.3 billion people, 10 percent of that is 130 million, so we can at least secure 130 million customers.” Some startups actually received investment from venture capital firms with this theoretical strategy and lost out in the Chinese market.

Such “if” predictions occur quite frequently in crypto. If 10 percent of the offshore banking sector invests in Bitcoin, the dominant crypotcurrency could be worth $3 trillion. If 10 percent of gold investors invest in Bitcoin, the asset could be worth $700 billion. But these numbers are merely vague estimates and in no way represent real numbers.

The rejection of an ETF approval could affect the market if the price of Bitcoin has been increasing in anticipation of the announcement.

The Case of Winklevoss ETF in July

On July 26, when the highly anticipated Winklevoss Bitcoin ETF was rejected by the U.S. SEC, the price of Bitcoin did not experience a substantial move on a weekly basis. It dropped from $8,200 to $8,000 but recovered to $8,200 the very next day.

The price of BTC could begin to increase as the February deadline of the VanEck ETF comes closer, but the market will likely not lose out more than the value it added in anticipation of the ETF, unless the price of Bitcoin increases solely due to the ETF approval.

Hence, whether the ETF is approved or not, an immediate impact on the price of Bitcoin should not be expected, especially as the bear market of 2018 extends to next year.

Disclaimer: The author owns bitcoin, Ethereum and other cryptocurrencies. He holds investment positions in the coins, but does not engage in short-term or day-trading.