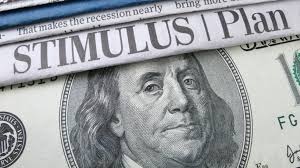 Stimulus checks helped millions of Americans make ends meet earlier this year, but Democrats and Republicans have struggled to agree on terms for a second stimulus check—and there may not be one at all.

When the first stimulus checks were sent out in April, some appeared to invest it in the cryptocurrency bitcoin, a risky gamble, with a Twitter account set up to track how the value of the $1,200 stimulus check would have changed.

Now, with the debate around the possibility of a second stimulus check raging on, a prominent bitcoin analyst has examined what would happen if people invested their stimulus checks into bitcoin en masse—warning it could be a “disaster.”

“The bottom line is that bitcoin is simply not ready for something like this,” Jason Deane, bitcoin writer and analyst for money advisory firm Quantum Economics wrote via Medium in what he described as a “theoretical study” into what would happen if millions of Americans decided to put future stimulus checks into bitcoin.

“The network is the most secure in the world, but it is nowhere near ready to handle the transaction level that would be required to operate properly on a global scale, and too few people currently use and work with it.”

There are currently millions of people using bitcoin, as well as other cryptocurrencies, around the world, with Blockchain.com reporting 45 million users at the beginning of 2020—up 41% year-on-year, but Deane warned that if there was a sudden influx of new users on a very large scale, it would cause the bitcoin network to buckle.

“The net result of a mass buying of bitcoin at a rate faster than the underlying infrastructure is growing and developing could actually be a disaster not just for economies, but for bitcoin and all cryptocurrencies,” Deane wrote.

Deane does, however, remain confident “global adoption” of bitcoin in coming years “is a real possibility,” predicting bitcoin will eventually “be an excellent store of value and global currency.”

Meanwhile, some bitcoin and cryptocurrency exchanges did report a surge of people making deposits worth exactly $1,200 in April this year, just as the first round of stimulus checks were sent out.

The bitcoin price has climbed so far this year, up around 40% since the beginning of 2020 but has recently fallen back, moving lower along with the U.S. stock market last week.

If a second stimulus check is approved by the Federal government, it’s thought it could cause an uptick in the bitcoin price.

“With shifting attitudes towards traditional banking amidst the global pandemic, and increasing bitcoin value, we could see more people than ever putting their new stimulus check into crypto. Take a look at how much it has increased since most people got their last stimulus check. I think a lot of people see this and hope to maximize their funds while the price is still increasing.”