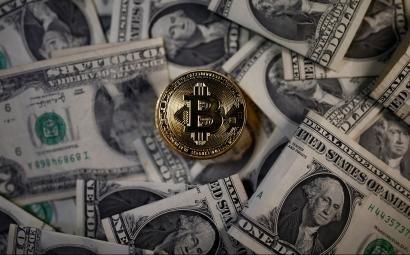 Because of Facebook’s broad base and active users exceeding 2 billion, the Global coin is an existential threat to Bitcoin Cash. Currently, BCH is consolidating against the USD, down 3.7 percent.

Perhaps, for the neutral, Bitcoin Cash is indeed what Bitcoin failed to be. That is Cash. According to Bitcoin’s whitepaper, the peer-to-peer cash system was, first of all, supposed to be a medium of exchange.

However, grappled with scalability concerns forcing transaction fees to spike, Roger Ver and a team formed a splinter coin. Calling it Bitcoin Cash, it is clear that the objective was to ride on the Bitcoin brand, from there market their platform and eventually replace Bitcoin.

Well, the idea was initially successful as BCH rocketed, but soon, despite the advantages, little to no use left the network exposed triggering a price meltdown. Bitcoin Cash is far from what it represents, and with low media transaction value, recent concerns of an intentional deep chain re-org, it is hard to convince spectators that the network is dominant.

That’s in spite of what Roger Ver and team insistence. Although they are actively building, the eventual rollout of Facebook’s Global Coin could deal a final blow to Bitcoin Cash. It may be too early to, but time will tell. 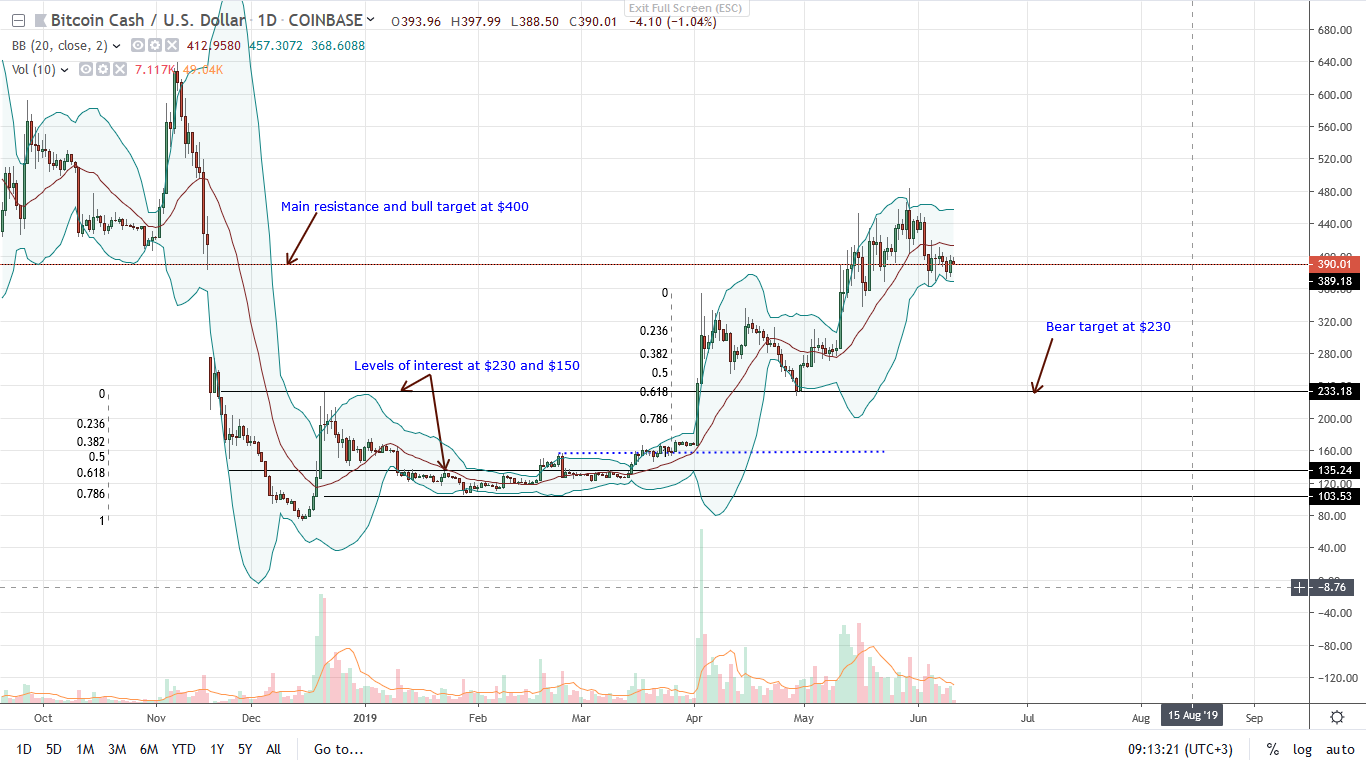 At the time of writing, Bitcoin Cash (BCH) is stagnating, down 3.7 percent in the last week. Although there are flickers of resistance, buyers have the upper hand. At least that is what we can glean from candlestick arrangement as well as the outstanding trend.

All the same, it will be ideal if there is a sharp break and close above $490 or May high. Such a move will be a pass for traders aiming for $600, satisfactorily reversing losses of Q4 2018. Note that bears are pressing lower.

The longer prices consolidate, the more sellers have a chance to push lower thanks to the bear reversal pattern after May 30th. Therefore, while aggressive traders can buy the dips as long as prices are above $340, conservative traders can wait for a surge above $490 before initiating longs.

In light of the above, May 30th candlestick leads this trade plan. It is wide-ranging with high trading volumes of 122k. Any surge or meltdown above or below $490 or $340 must be with high participation exceeding 122k. That will either confirm or nullify this trade plan.