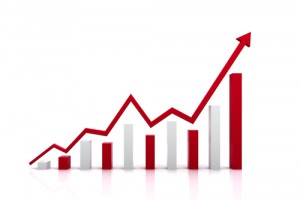 Daniel Masters is the former head of energy trading at JP Morgan and the director of the Jersey-based hedge fund, Global Advisors Bitcoin Investment Fund Plc.

In this opinion article, Masters discusses the upcoming halving of rewards on the bitcoin network, speculating on how this may impact the price of the digital currency this year.

There was a lunar eclipse, the second that year, and it was the first day since 1990 that the NYPD reported that no one was shot, stabbed or slashed in New York. There wasn’t much to report. And while journalists around the world searched for a scoop, one small story went uncovered – the reward for mining a block on the bitcoin blockchain had just halved.

Commencing in 9th January, 2009 when the bitcoin blockchain initiated, each and every one of the 209,999 blocks mined – created at a rate of approximately one every 10 minutes, in an uninterrupted 24/7 operation – had attracted a new, autonomous creation by the network itself of 50 new, never before seen, bitcoin.

A lot had changed since 2009. The first block mined had one transaction (the special “coinbase” transaction that captures the reward) and no other activity. By 2012, the network size and activity had grown significantly, and there were 543 transactions in the “pre-halving” block.

The next block mined, at a height of precisely 210,000 blocks, as codified years earlier by Satoshi Nakamoto, had a 25 bitcoin reward.

Nothing much happened. However, a few months later the value of a bitcoin increased dramatically. Prices had been steadily increasing as the halving approached, they ended 2011 at $7, and rose to $11 by September, 2012.

Needless to say, bitcoin has demonstrated stomach-churning volatility in the past and this meteoric rise has been met with considerable turbulence. None of this may in fact have had anything to do with the halving. It’s impossible to determine that one way or the other.

But even so, there had certainly been an extraordinary chance to profit.

It is interesting to think about whether we will see another price rise following this next event. I’m confident that there won’t be fireworks on the day itself, and indeed there is some prospect that prices will rise in advance of the event, fully discounting the effect ahead of time. I don’t see that happening currently.

Prices so far in 2016 have been relatively stable. That tells me that there is enough new investment and real time demand to match the creation of $575m new coin. It seems obvious that if that dollar-sized demand persists, which I believe it will, that the price of bitcoin must rise to meet it.

Naysayers and haters will – in addition to the normal criticism of bitcoin – say that a drop of $288m per year in supply is not meaningful when compared to the $6.7 billion inventory. That’s not how commodities work.

Just think about what happened recently in the oil market.

Just taking the US, we now have more oil and refined products in inventory than since records began, over 2 billion barrels. Yet the price of oil has risen 60% from the $25 low early in the year.

OPEC has hinted that oil production introduced to the market will no longer rise. This will do very little indeed to change the inventory picture. It will remain engorged.

So why the massive rally? Because commodities price on the rate of change of inventory, not on inventory.

When bitcoin dipped in price in June 2015, I stated passionately prices couldn’t remain in the 200s.

I’m equally convinced that today, a price of $440 is, once again, too low.

Disclaimer: The views expressed in this article are those of the author .