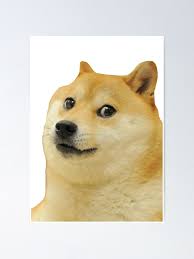 Yesterday, I was talking to a colleague about, what else, GameStop and the gamification of the stock market. We’ve covered here in the past how traditional markets are becoming more and more like crypto, especially as coronavirus precautions cause people to spend more time online.

Millennial-friendly brokerages like Robinhood allow just about anyone to buy, hold and trade, take out complicated derivatives positions and even fractionalize stocks – turning the S&P 500, though more often, penny stocks, into a casino.

That, coupled with the easy money of zero interest-rate macroeconomic policy (ZIRP) has caused some, say, distortions in the market. It’s with all this in mind that my colleague actually asked seriously, has crypto become more rational than stocks?

All of this starts with WallStreetBets, a subreddit dedicated to day trading, and what has become perhaps the biggest financial story since markets bottomed out in March, during the early days of the coronavirus crisis. A plan was hatched among the self-proclaimed “degenerate traders” on Reddit to pump the price of GameStock (GME), “squeezing” a hedge fund that had gone short on the video game retailer (which has seen better days).

What began out as a whimsical attempt to best a hedge fund has had real effects, with real money on the line. As CoinDesk’s Zack Voell notes, a similar playbook is being repeated across other stocks, including BlackBerry (BB), AMC Entertainment (AMC) and Kodak (KODK).

To try to prevent the meme-fueled contagion, WSB’s moderators briefly took the subreddit private last night while Discord banned the group’s server, ostensibly for hate speech. TD Ameritrade has halted GME trading and Nasdaq – the second-largest stock exchange in the world – said the platform has begun monitoring social media and will halt trading if another WallStreetBets-driven pump is flagged.

Even the U.S. Securities Exchange Commission (SEC) is watching, issuing a brief statement that it is “reviewing” the “ongoing market volatility.”

CoinDesk columnist Preston Byrne said the trend is likely to continue, in a recent op-ed: “The people who stand to lose the most from GameStop-style events are going to try to curtail freedom of speech and economic freedom by targeting the technology companies that enable the exercise of those freedoms.”

It’s crazy! It actually makes my head hurt! As Bloomberg Matt Levine columnist wrote, “A popular conclusion from the GameStop story is, ‘Well, I guess the stock market is nonsense now,’ and I’m not sure that conclusion is wrong. Seems like the sort of thing the SEC wouldn’t like. But what can they do about it?”

Crypto has its fair share of pump and dumps. In the long list of crypto assets (more than 8,000) any given token or coin could pump any given day for seemingly any given reason. But as market commentator Mati Greenspan told First Mover this morning, “You gotta take the bad with good. Overall, what we’re talking about is the democratization and freedom of financial markets.”

Reddit founder Alexis Ohanian has also picked up on the trend, telling CNBC’s “Squawk Box”: “We vote with two things in the USA: votes and dollars. The internet has obviously had a huge impact on our democratic process. Now we’re seeing the impact it’s having when the internet revolutionizes the dollar votes, too.”

As often said, many view bitcoin as a buy against the unprecedented amount of money printing. Ethereum is an increasingly attractive offer for institutional investors because a legitimate, though experimental, alternative financial system is being built on top of it.

So has crypto become saner than traditional markets? Well, maybe you should see what happened to doge.

Following a tweet from “WSB Chairman,” unaffiliated with the popular subreddit, inquiring about the meme cryptocurrency dogecoin prices went haywire.

Bitcoin typically underperforms during tax time, new data shows. From 2014 to 2020, bitcoin was down in four out of seven Januarys and six out of the past seven Marchs. According to Delphi Digital, average losses for those months were 5.24% and 12.59%, respectively.