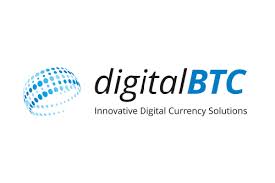 Australian cryptocurrency firm DigitalBTC bought $10.1m worth of bitcoin in Q2 of this year, the company’s latest quarterly report reveals.

This brings the amount of bitcoin the company has purchased over the past 12 months to almost $29.7m.

The report also shows DigitalBTC – the first crypto firm to list on Australian Securities Exchange (ASX), under Digital CC Limited – closed the quarter with an inventory of $1m in bitcoin.

Nevertheless, the company reported a negative operating cashflow of $1.2m in Q2 of 2015 having received around $10.8m for operating activities, but spending close to $12m.

Initially a bitcoin mining company, DigitalBTC has so far expanded into bitcoin trading as well as developing both retail and consumer applications.

The company’s private liquidity platform digitalX Direct achieved unaudited revenues of $5.5m in the quarter, which is a 45% increase on the revenue generated in the first quarter of the year.

Over the past three months, the company has been exploring an additional venture into the global remittances market with a soon-to-launch peer-to-peer solution called AirPocket.

“This enables value and cash transfers from anyone to anywhere in the world, and for the value to be easily exchanged across mobile messaging platforms,” the report states.

The company aims to initially roll out AirPocket in Latin America and the Caribbean using $3.5m raised through a share placement.

Back in February, Digital CC Limited announced it had suffered a net loss of $2.3m after tax in the six-month period leading up to 31st December 2014.

This article was co-authored by Emily Spaven.