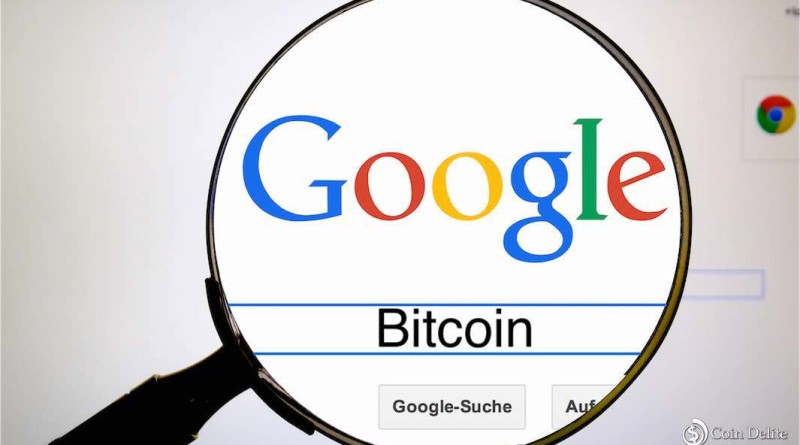 During the crypto hype bubble that rocketed Bitcoin and Ethereum into the public eye, making them household names and causing their values to reach all-time highs, the surge in prices was accompanied by a surge in search interest of people scrambling to find out what all the fuss was about, and to learn more about the emerging asset class.

But with this latest rally, many cryptocurrencies are up over 250% in the last 30 days, with even Bitcoin surging to local highs after an extended downtrend may have come to an end. However, unlike previous rallies, the rise in prices isn’t being followed by a rise in Google Search volume. Trading volumes also haven’t seen an uptick, causing many top crypto analysts to question if this recent rally really is a reversal out of the bear market.

If you’ve at all been following crypto for the last few years, then you no doubt recall the FOMO effect that swept the mainstream public, fueled by a media frenzy and Bitcoin’s meteoric rise to $20,000.

As people first heard of Bitcoin and crypto, the flocked to Google to learn more about the emerging asset class and disruptive financial technologies. Google Search volume for Bitcoin price spiked, reaching an all-time high right alongside the asset’s price in late 2017.

However, as search interest and volumes peaked, so did prices, causing the leading cryptocurrency by market cap to fall into a two-year-long bear market and a downtrend that saw losses of as much as 85% at the low. Other crypto assets across the altcoin space, suffered even greater losses of 99% at extremes.

But this week, the crypto market has lit up once again, witnessing gains of a few hundred percent in some cases, reviving memories of the bull run that once was and causing deja vu in those that lived it.

http://Haejin.com : Google Trend for “Bitcoin” search…not even a blip up but rather DOWN!

IF this was the reversal, shouldn’t there at least be an uptick?

27 people are talking about this

Even though prices are skyrocketing once again, and the crypto community is convinced we’re watching the beginning of a larger trend reversal, Google Search volume has not only not yet started to trend upward, it’s actually trending down, suggesting even fewer people are interested in Bitcoin currently

The same analyst who called attention to Google Search volume also is leery about the entire rally and claims that lesser rallies over the last few months experienced more trading volume, suggesting that this isn’t the reversal the crypto market has been waiting for.

Note how Mama & Papa fractals targeted below the origin of the upward wedge.

How is it that both Mama & Papa fractals’ volume is higher than Big Johnny’s if he represents the “bottom” reversal? 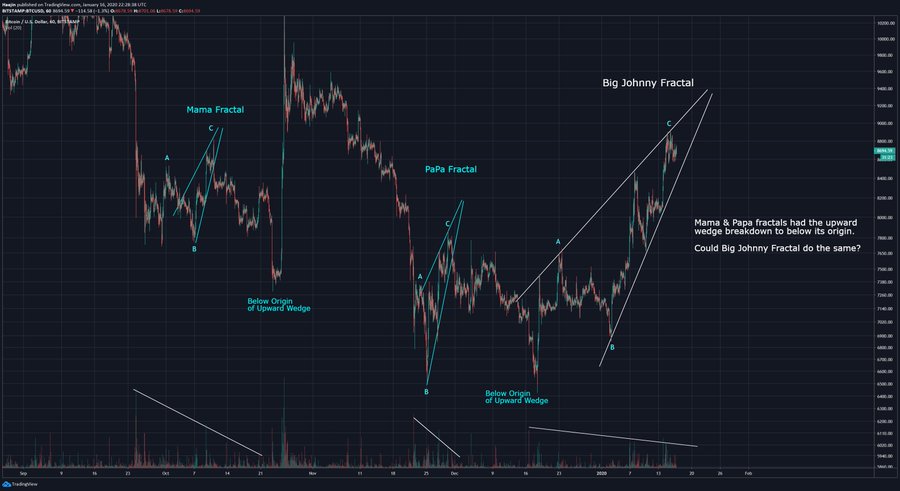 Instead, the respected analyst believes that the current price action is a fractal of previous, smaller ascending wedges that not only had more volume within them but ultimately broke down sending Bitcoin price back down to test lows.