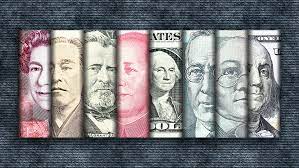 By As It Is

There is a growing movement to make bitcoin a reserve digital currency. One cryptocurrency platform is hoping to own $10 billion worth of bitcoin to back its own “stablecoin.” Stablecoins are a growing group of cryptocurrencies that aim to lessen price changes and are usually backed by U.S. dollar reserves.

The platform is called Terraform Labs. It is based in Seoul, South Korea. So far, it has built up nearly 40,000 bitcoin worth $1.7 billion in a series of purchases through a non-profit called Luna Foundation Guard.

Do Kwon is Terraform’s co-founder. Last month, he announced on Twitter that the company would buy $10 billion worth of bitcoin reserves to back TerraUSD.

These purchases — and the possibility of more to come — are helping raise the price of bitcoin, now worth $48,000. It is unclear, however, if others will follow Terraform’s lead.

“Buying $10 billion worth can move the price in the short term,” said Sid Powell, CEO of Sydney-based crypto lender Maple Finance. “But over the longer period, it’s more what it signals – that bitcoin has been introduced as the hottest form of collateral backing for currencies.”

Yet other market experts said that a closer relationship between bitcoin and stablecoins like TerraUSD could introduce a new risk for crypto markets.

“There is a danger some people are trying to position long ahead of the buying which could exaggerate a fall if the price starts to” decrease, said Richard Usher. He is with the crypto company BCB Group in London.

Stablecoins are quickly gaining popularity. They are a common form of exchange. They are often used by traders seeking to move funds around and predict the value of other cryptocurrencies.

For example, it is much easier to spend tether — the biggest stablecoin — for bitcoin or other crypto, than it is to spend U.S. dollars for bitcoin.

TerraUSD is now the fourth-largest stablecoin. Like other stablecoins, it is attached to the dollar.

The bitcoin reserves add another level of security, while keeping the Terra project decentralized.

Matthew Sigel is a market researcher. He said he expected other stablecoins to follow Terra’s lead and back up their coins with reserves of bitcoin. They could even back it with other cryptocurrencies, if the experiment succeeds.