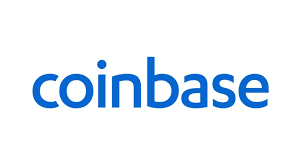 According to public records, the Drug Enforcement Administration and the Internal Revenue Service are planning to buy licenses from Coinbase for a cloud-based software called Coinbase Analytics. According to the prospective DEA contract, Coinbase’s software will provide “identity attribution” for crypto addresses both domestically and internationally.

The public documents were issued on May 18 and April 7, respectively. Industry publication The Block was first to report the news.

Coinbase would not comment directly on the federal contracts. However, a spokesperson for the San Francisco-based company told Decrypt that the firm offers its Coinbase Analytics product to financial institutions and law enforcement agencies to support compliance and investigation purposes.

“This tool only offers them streamlined access to publicly-available data and at no point do they have access to any Coinbase internal or customer data,” the company said.

Coinbase also stressed that Coinbase Analytics data “does not include any personally identifiable information for anyone, regardless of whether or not they use Coinbase.”

The company also said that it uses the product internally for compliance and global investigations. And confirmed that it developed Coinbase Analytics with technology from Neutrino, a blockchain analysis startup that it acquired last year.

According to the contract, Coinbase Analytics “provides investigators with identity attribution and de-anonymities virtual currency addresses domestically and internationally. CA is known for its accuracy of attribution which includes some of the most conservative heuristics used in commercial blockchain tracing tools. This is critical in avoiding false positives during target identification.”

The contract also states that “this is the least expensive tool on the market and has the most features for the money.”

In an email response, the DEA told Decrypt that it will not comment further beyond what is in the public record.

The IRS contract reads that the IRS criminal investigation cyber crimes unit “requires a software tool that can assist in the tracing of various types of cryptocurrency, not just Bitcoin” in support of its law enforcement investigative mission.

Neutrino is specifically mentioned in the contract, which states that the tool “allows for the analysis and tracking of cryptocurrency flows across multiple blockchains that criminals are currently using.”

It goes on to add that “Coinbase Analytics also provides some enhanced law enforcement sensitive capabilities that are not currently found in other tools on the market.”

The IRS contract is for one “base year” from the date of award with one 12-month option.

The agency has not yet responded to a request for comment.

When Coinbase acquired Neutrino in February 2019 for a reported $13.5 million, the move was widely criticized because of the founders’ ties to a controversial surveillance technology company called Hacking Team.

In March of last year, Coinbase CEO Brian Armstrong responded to the controversy by announcing that anyone associated with Hacking Team would be “transitioned out” of the company.