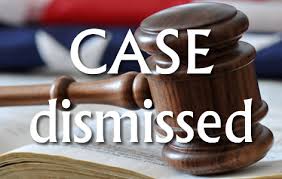 An indictment against a Colorado bitcoin trader, Burt Wagner, has been dismissed “without prejudice” by a district court judge.

Wagner had been charged by the US Attorney’s Office for operating an unlicensed money transmitting business in the state of Colorado in late 2014.

However, in a surprise turn of events, Judge William J Martinez issued an order to dismiss the case this Monday at its request.

“I appreciate the US Attorney’s Office doing the right thing and dismissing the criminal case against my client. With this dismissal, Burt can begin the process of resuming regular life. It has been a true privilege to represent him. I could not be happier for Burt and his family.”

An indictment, which is voted by a grand jury, informs the accused of the allegations against them so they can plan a defence. The charge in question must then be proved at trial.

Wagner faced up to five years in prison and a $250,000 fine if found guilty. The trader’s family have raised over £12,000 in donations, including bitcoin, to fight the allegations. Their outstanding legal debts alone are said to total $95,000.