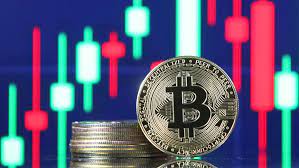 September turns out to be anything but boring for Bitcoin as shorts lose big on a fresh move above the $50,000 mark.

Data from Cointelegraph Markets Pro and TradingView showed BTC/USD suddenly breaking through the $50,000 mark to hit its highest since Aug. 23.

After a night of bullish action, the pair left its lower trading range of recent weeks behind, with volatility still significant at the time of writing. Local highs topped $50,300 on Bitstamp.

As Cointelegraph reported, $51,000 remains the level to beat in order to cement a continuation of the 2021 Bitcoin bull run.

Heavy resistance remained at that level Thursday, with analysts waiting to see if the latest uptick had the momentum required to change the longer-term paradigm.

Short traders lost out heavily from the upside, with liquidations hitting almost half a billion dollars in the past 24 hours.

Not so boring after all

As Cointelegraph noted, September tends to be a “boring” month when it comes to Bitcoin returns, with 6% currently the best performance on record.

The statistician’s August monthly close prediction, $47,000, was exactly on point. October, he calculates, should close at a minimum of $68,000 — a new all-time high.