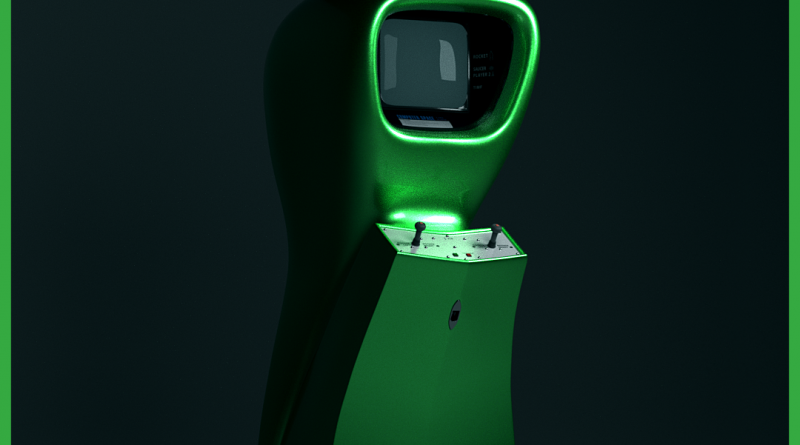 NEW YORK, Oct. 19, 2021 /PRNewswire/ — Brock Pierce, a household name in the digital currency and blockchain space saw the future of NFT’s (Non Fungible Tokens) before the frenzy began. Pierce invested in nft.com and purchased Mick Jagger’s first NFT earlier this year. But what makes the Nolan Bushnell “ARCADE OG SERIES” NFT special, is their relationship dating back to the days when Pierce was himself an avid video game player at the height of Atari’s popularity. So much so, that he gave Bushnell his first Bitcoin back in 2015.

Nolan Bushnell is known as the Godfather of Video. In 1972, he launched Atari, one of the world’s most iconic gaming companies. He is also the man behind the Chucky Cheese Burger empire. It is a known fact in the industry that Bushnell gave Steve Jobs his first job, and according to Jobs’ partner Stephen Wozniak, Bushnell was Jobs’ inspiration to start Apple.

Over a dinner in Puerto Rico last week, where several NFTs were being auctioned, Pierce jumped at the chance to purchase not only a piece of history, but for him, a trip down memory lane. Pierce, born in the 80’s, is a byproduct of the computer industry. Only now, this NFT series offers immersive videos and AR (augmented reality) which was inspired by two of Bushnell’s earlier and most iconic creations “Computers and Space Pong”

Pierce states, “Why I’m so excited about this is because our industry is desperately in need of killer apps, and practical and scalable options for blockchain. I’m all in on NFTs.”

“NFT’s are pushing the evolution of atoms to bits, from physical to digital. People have collected atoms in the form of playing cards, collectibles, and art for many years, and now, as the world becomes increasingly digital, NFTs allow us to collect bits. I am honored to work with MakersPlace to share some of my initial works” – Nolan Bushnell.

Brock Pierce is an entrepreneur, artist, venture capitalist, and philanthropist with an extensive track record of founding, advising and investing in disruptive businesses.  He’s credited with pioneering the market for digital assets and has raised more than $5B for companies he has founded. Pierce is Chairman of the Bitcoin Foundation and the co-founder of EOS Alliance, Block.one, Blockchain Capital, Tether, and Mastercoin (first ICO). Pierce has lectured and spoken at some of the nation’s most prestigious institutions including the Milken Institute Global Conference, International World Congress, and has been featured by the New York Times, Wall Street Journal, Rolling Stone, Forbes, Fortune and many others. Pierce was on the first-ever Forbes List for the “Richest People in Cryptocurrency” and was an Independent Party candidate for President of the United States in 2020.

As the founder of legendary video game company Atari, Bushnell has been prolific in helping bring arcade gaming to the masses. Now, with the advent of NFT’s, he plans to brng some of those iconic early machines into homes as digital augmented reality collectibles. The Arcade OG Series, a set of Ethereum-based collectibles encompasses NFT tokens that can be used to prove ownership of verifiably scarce digital items, which in this case, includes a video clip displaying a 3D rendering of an Atari “Pong” or Syzygy (Bushnell’s Atari precursor) “Computer Space arcade game cabinet. Owners of this NFT will be able to drop the digital cabinet into place, and then walk around it, viewing it up close from all angles.