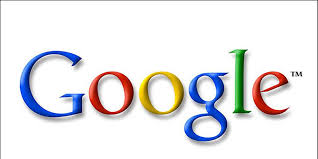 Google says that early next year, users will be able to pay for cloud services using cryptocurrencies like Bitcoin and Ether via Coinbase.

Google announced a new deal with Coinbase that will allow a select set of customers to pay for its cloud services using digital currencies such as Bitcoin.

). It will take effect early next year.

According to CNBC on Oct. 11, the tech giant also plans to explore using Coinbase Prime, a custodial service for storing and trading cryptocurrencies.

In return, Coinbase announced that it will move some of its data-related applications, which were initially stored using Amazon Web Services, over to Google Cloud.

Amit Zavery, vice president, general manager and head of the platform at Google Cloud, said that at the onset, cryptocurrency payments will be accepted only from a select group of clients already active in Web3 via the Coinbase Commerce integration.

Zavery further stated that, over time, the service will be offered to more of its customers.

The vice president of business development of Coinbase, Jim Migdal, said conversations with Google about payments, its Prime service and cloud usage have been in the works for months.

While details of the deal remain undisclosed to the public, Coinbase will take a percentage of the transactions it facilitates, as it does with other Coinbase Commerce deals

This development comes after another recent Web3 partnership was announced on Oct. 4, this one involving Google Cloud Services and Near Protocol. The announcement from the Near Foundation revealed that Google Cloud will offer “technical support” to Near grant recipients.

In September, BNB Chain also revealed a collaboration with Google Cloud to offer builders in the ecosystem access to its cloud services.

Google Cloud has been actively advancing its presence in the Web3 world since publishing a blog post on Jan. 27 stating that it will launch an entire internal team dedicated to digital assets.

This is a developing story, and further information will be added as it becomes available.