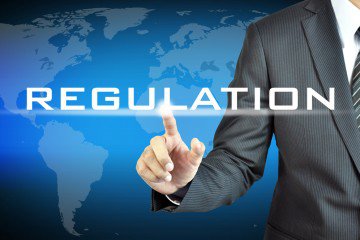 Bitcoin platform BitX recently received additional funding of $4 million and declared that it would be open to increased regulation in exchange. According to Werner van Rooyen, BitX business development officer, this could potentially enhance the reliability of its services as well as the reputation of bitcoin.

The cryptocurrency has still been mired in a lot of controversy, following its prevalent use in criminal underground dealings in the now-defunct Silk Road and its involvement in online ransomware attacks. After all, the bitcoin network is decentralized, with no monetary authority or government overseeing its transactions.

For now, governments have employed various degrees of bitcoin regulation, with some as strict as New York’s BitLicense framework and others taking a more open-minded approach like the UK. While some have criticized regulation for stifling innovation, some players in the bitcoin industry believe that this could restore trust in the system.

“We welcome regulatory and law enforcement scrutiny of the sector because it helps to weed out all the bad players,” said van Rooyen. “Compliance and security is our highest priority and we continue to work closely with regulators and other relevant stakeholders around the world to ensure the highest possible standards of compliance.”

BitX has been able to score funding for two rounds already, with the latest one allowing Naspers chief product officer James Caviness to join BitX’s board of directors as part of the deal. According to van Rooyen, the additional capital injection will allow the company to expand its operations.

“The money will be used for various things, but mainly around hiring (engineering, operations and business development), which will enable us to expand into new markets, enhance existing products and services, and deliver new ones,” he explained. BitX is based in Singapore and offers bitcoin wallet and exchange services in the US.