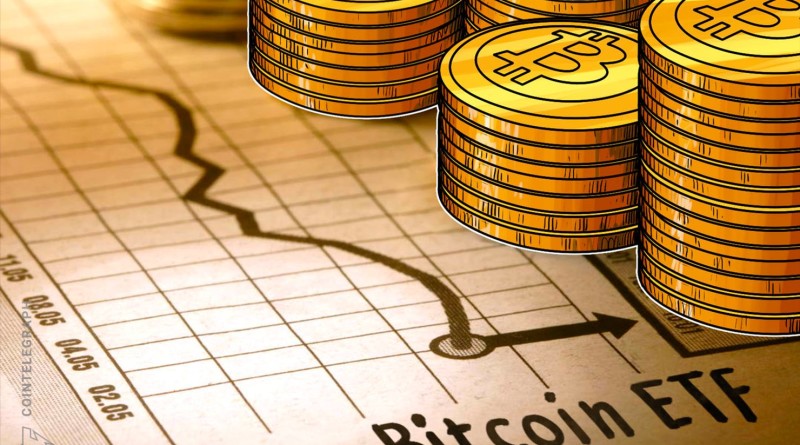 A Jan. 14 form with the United States Securities and Exchange Commission (SEC) confirms that Bitwise Asset Management requested the withdrawal of its application for a Bitcoin (BTC) Exchange Traded Fund (ETF). This is the second major ETF withdrawal in recent months following similar actions by VanEck.

Bitwise applied for ETF registration in January 2019. In March of the same year, it had released the Bitwise Report on exchange volume, claiming that 95% of trading volume is fabricated. The finding was used by the company as an argument for the SEC to accept the ETF. By disregarding the majority of the exchange volume, the firm maintained that price formation for BTC occurred mostly on regulated exchanges.

The reasoning did not convince the commission, which rejected the proposal in October 2019. One month later, however, the regulator decided to review its decision.

Matt Hougan, global head of research at Bitwise, explained to Cointelegraph why the ETF was withdrawn:

“This is the next step towards our long term goal of bringing a bitcoin ETF to market, and we plan to refile our application at an appropriate time. We are currently working hard on answering the questions that the SEC raised in its 112-page response to our initial filing. We remain fully committed to the development of a bitcoin ETP.”

A high-profile proposal by VanEck followed a similar path as the firm retracted its application in September 2019.

Roadblocks to an ETF

An ETF is a stock-like fund tracking a particular asset or index of assets. Its shares can be freely traded during the day and generally closely follow the underlying asset’s price. A Bitcoin ETF would thus enable institutional and retail investors alike to gain direct exposure to the currency — while trading within the bounds of regulated traditional exchanges.

There were many historic attempts at registering a Bitcoin ETF, but they were always rejected by the SEC. Their primary concerns remain those of difficult custody and the potential for market manipulation. Though SEC Chairman Jay Clayton noted in a September 2019 interview that progress was being made, he remarked that “more work needs to be done.”

The regulator is set to rule on another ETF proposal by Wilshire Phoenix by February 2020.