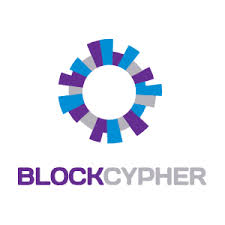 Payment processor Bitnet has launched an ‘Instant Approval’ service, reducing the delays faced by merchants as they wait for bitcoin transactions to be confirmed on the blockchain.

With its new product, merchants integrated with Bitnet’s payment solution will receive funds “within seconds”, avoiding the usual wait for between two and six transaction confirmations on the blockchain.

The service works by calculating the probability of whether a bitcoin transaction will ultimately confirm on the blockchain.

Despite having partnered with BlockCypher – a bitcoin technology firm which provides blockchain optimisation services – Bitnet will also carry out its own risk mitigation procedures; including investigating whether the consumer has included fees in the transaction and noting how quickly it is being propagated through the bitcoin network.

Akif Khan, chief commercial officer at Bitnet, explained that if a payment doesn’t include a transaction or miner’s fee, this is a clear indication that the transaction is unlikely to confirm on the blockchain, as there would be no incentive for the miners to validate it.

Network propagation, he said, would also enable Bitnet to asses the risk of a possible double spend attack, with Khan noting that the chances of it happening were reduced if the transaction was propagated across the network quickly.

He continued: “Whatever the reason, when a transaction is propagating more slowly, it increases the chance that a double-spend transaction could be present in the network and reach miners before the slowly propagating original transaction reaches them.”

Bitnet, Khan noted, does not decline the transactions to the merchant. “We notify the merchant accordingly and take liability for funding that transaction.”

According to Khan, Bitnet, which raised $14.5m last year, will also take into account other risk factors, but he declined to divulge further details, noting these were of a confidential nature.

The new service is being offered at no extra charge and as part of Bitnet’s current payment processing solution.

When asked about monetisation, Khan said the on-boarding of new clients – attracted by the speedier transactions on offer – would help the payment processor increase its revenue prospects.