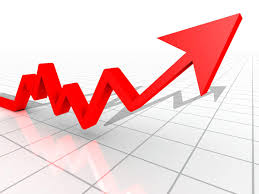 Let’s talk about scarcity: what it is, and how it relates to the dollar, gold and bitcoin.

First let’s start by defining it. Scarcity is the gap between the limited supply of various resources and the limitless want of humans. The principle of scarcity is a core concept in the study of economics. Thomas Sowell, an economist at the Hoover Institute, defines economics as such:

“The study of the allocation of scarce resources with alternative uses.”

There Are Two Different Types Of Scarcity: Relative Scarcity And Absolute Scarcity

First we’re going to talk about relative scarcity, and we’re going to use gold, a relatively scarce good, to illustrate it. If there is a sudden spike in the demand for gold, the price of gold goes up, but gold miners, seeing the higher prices, are going to work overtime and upgrade all their equipment to produce as much gold as possible, because profit margins are higher than they usually are. But, as the gold miners extract more gold, increasing the supply, the price of gold will decline because supply and demand are reaching their original equilibrium. So, what this means generally is that relatively scarce goods do not have a fixed supply, so whenever demand increases, supply will also eventually increase to meet demand.

During economic downturns, when people don’t have much money, there is an increased demand for the dollar. So, central banks print money into circulation so that the monetary supply meets the new increased monetary demand. Bitcoin, on the other hand, is absolutely scarce. The number of bitcoin in circulation will never exceed 21 million, as per its protocol. So, when the demand for bitcoin increases, there is only one variable that can change to ensure the demand and supply of bitcoin are in equilibrium, and that’s price. While absolute scarcity is what makes bitcoin so valuable… it’s the same property that tends to make it’s price volatile.

The Big Question Is Why Does It Matter What Type Of Money An Economy Uses?

Well, simply put, the more scarce a currency is, the more conducive it will be for economic growth. Economic growth is the creation of new products and services in an economy, and the best way to incentivize this is through savings and investment. Inflation, which is what we get under a non-scarce currency, reduces the effectiveness of savings and investments because we are losing our purchasing power.

In fact 20% of U.S. dollars were printed in 2020 alone. All this money printing causes inflation and stifles economic growth. Bitcoin gives us the option to remove the government from the equation and build a more sound economy.