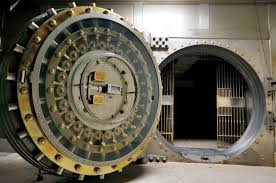 Ark Invest, the ETF issuer behind a handful of actively managed ETFs focused on so-called disruptive innovation, is breaking new ground today by adding bitcoins to one of its ETF portfolios.

This is the first time an ETF will offer direct exposure to the crypto currency—a move that, in some ways, beats the Winklevoss Bitcoin Trust ETF (COIN) to the punch. The Winklevoss brothers, Cameron and Tyler, have been pushing with the Securities and Exchange Commission to bring to market a bitcoin ETF for the past few years, but that ETF has yet to be approved.

The decision is an interesting one. ARKW officially beats COIN to the claim of first ETF to invest in bitcoins. But ARKW is not a currency or a commodity ETF; it’s a global equity fund that hones in on next-generation Internet-linked companies.

A share of ARKW is designed to offer investors exposure to a group of companies that are expected to be leading the next wave of Internet evolution, such as internet services and software names. Bitcoins will be just one element in the portfolio.

Why Add Bitcoins To An Internet-Focused Portfolio?

The reason, Ark Invest says, is because bitcoins would not exist without the Internet. And much like the Internet itself, bitcoins—as a technology platform and as a currency—“will eliminate many of the middlemen friction and costs associated with financial transactions over time,” Catherine Wood, CEO and founder of Ark Invest, told ETF.com.

To that extent, she says, the crypto-currency is a good fit in ARKW’s portfolio.

ARKW has been in the market for about a year, and in the past 12 months alone, the price of bitcoins as measured by the Bitcoin Price Index has declined about 51 percent.

If you go back to 2013, one bitcoin would cost you about $1,200. Today you can get one for under $250 following several scandals involving Mt. Gox and Silk Road, and tales of fraud and loss along the way. But Ark Invest sees the price decline and, more importantly, the recent range-bound action as a perfect entry opportunity.

“We believe the Bitcoin platform could be as big as the Internet platform, which, in its early days, also faced tests associated with illicit activities,” Wood told ETF.com. “We would prefer to invest after, rather than before, such tests. We have been impressed that the bitcoin price has stabilized in the $200-300 range. It could have imploded but has survived.”

There’s no question that the market size potential is big, and growing. According to Brett Winton, research director at Ark Invest, the number of people holding more than $100 in bitcoins is growing at an annualized rate of nearly 60 percent, but overall adoption remains muted—globally today, there are some 540,000 bitcoin holders with more than $100 invested, he estimates.

“We are in early,” he said. “Businesses are building on top of the platform; venture investments in the space exceed the market cap of bitcoin; and the number of professional entrepreneurs enabling the space has dramatically increased.”

“The innovation’s survival despite monumental legal, political, technical and market challenges over the past 18 months testifies to the durability of the invention,” Winton added.