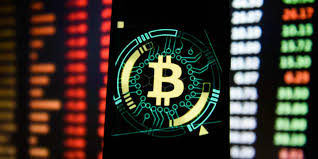 Bitcoiners planning around next week’s “halving” on the blockchain network need to keep checking their countdown clocks: Every time they look, it seems it’s coming a little sooner.

Last week, Michael Maloney, chief financial officer of Coinmint LLC, a Puerto Rico-based cryptocurrency mining company with operations in upstate New York, examined data from the Bitcoin blockchain and estimated the halving would take place around 1 a.m. New York time on Tuesday, May 12. But on Wednesday he looked again, and it now appears to be arriving on Monday around 7:45 p.m.

You’re reading First Mover, CoinDesk’s daily markets newsletter. Assembled by the CoinDesk Markets Team, First Mover starts your day with the most up-to-date sentiment around crypto markets, which of course never close, putting in context every wild swing in bitcoin and more. We follow the money so you don’t have to. You can subscribe here.

The earlier arrival of the once-every-four-years event, which has engendered an almost cult-like obsession among some cryptocurrency bulls, is the product of bitcoin’s recent price surge above $9,000, at a time when some computer operators on the network have already been pushing to upgrade to faster, more efficient machines.

The combination has led to an acceleration in the speed at which new blocks of data are confirmed on the distributed network.

“Bitcoin prices are up, so a ton of more people are putting on gear,” says Dave Perrill, CEO of Compute North, a cryptocurrency mining firm based in the Minneapolis area. “That’s why you’re seeing it get quicker.”

Bitcoin was launched in early 2009, in the wake of the last financial crisis, and next week’s halving will be the network’s third. Some investors say the event is a catalyst for higher prices, though in the past such rallies have played out over timeframes of months or even years, not instantaneously. Other analysts argue that the whole thing is overblown, and that it’s really just hype and speculation around the halving that might drive prices higher.

Whatever the case, the halving is marching ever closer – and apparently coming faster than most computer operators on the network, known as “miners,” had penciled in.

The halving is an arcane and automatic process built into the cryptocurrency’s 11-year-old design. When it happens, the number of bitcoin awarded to miners for helping to secure the distributed network gets cut in half. In next week’s halving, the number of bitcoin awarded per data block will drop to 6.25 from 12.5. At current prices levels, that represents a loss of about $58,000 in revenue per data block.

While such milestones are supposed to arrive roughly every four years, the actual date and time can vary based on the level of activity taking place on the underlying blockchain network. Officially, halvings happen after every 210,000 data blocks confirmed on the blockchain network; each block is supposed to take about 10 minutes, on average.

But a recent surge in the computing power devoted to the distributed network – known as hashrate – has sped up the creation of new data blocks. That, in turn, has accelerated the march toward the halving, officially set to take place at block number 630,000. As of Wednesday around 6 p.m. in New York, the network was at block 629,263.

In anticipation of the halving, miners have been upgrading their computers – “rigs” in the industry jargon – to newer models produced by manufacturers like China’s Bitmain and Canaan Inc.

It’s widely expected that most of Bitmain’s popular workhorse S9 models, considered state-of-the-art when they hit the market in 2016, will become obsolete after the halving. Since revenue will drop by half, miners will have to spend roughly twice as much on electricity just to get the same number of bitcoin.

In fact, according to Maloney, many of those older-generation mining rigs dropped off the network when prices plunged below $5,000 in March amid the coronavirus-induced sell-off.

But bitcoin has come roaring back, and it’s now up a staggering 30% in 2020, remarkable for a fresh-faced digital asset that the billionaire investor Warren Buffett described in February as having “no value.” Such returns are nearly three times the year-to-date gains for gold – a traditional inflation hedge that many investors have sought out as governments and central banks around the world announced trillions of dollars of coronavirus-related aid and monetary stimulus. The Standard & Poor’s 500 Index of U.S. stocks is down 12%, while the shares of Warren Buffett’s Berkshire Hathaway are down 24%.

The price rally has made it profitable for the older-generation cryptocurrency mining rigs to come back online, squeezing out another week or more of profitability before the reduction in mining rewards hits.

“If the price action is positive, all the miners who can mine will be mining,” Coinmint’s Maloney said in a phone interview.

In the meantime, the anticipation and hype around the halving has continued to build within the cryptocurrency industry, especially with indications mounting that some institutional investors are considering bigger allocations to bitcoin; the implication is that demand for the digital tokens will continue to rise even as the pace of new supply gets cut in half.

“In my view, I see the halving as the start of the new supply-and-demand equilibrium,” Danny Scott, CEO of the six-year-old, U.K.-based bitcoin exchange CoinCorner, wrote Wednesday in an email. “The event itself can be compared to the likes of New Year’s Eve. There’s typically a big build up.”

Coin Metrics, a digital-asset investment firm, wrote Tuesday in an emailed report that while miners may face a steep drop in profitability, “for the majority of the crypto community, this is a fun, speculative exercise with relatively low stakes.”

Based on the recent trend, the fun looks to start sooner rather than later.

Trend: With mining reward halving just a few days away, bitcoin is eyeing notable gains above the resistance of the trendline falling from June 2019 and February 2020 highs.

At press time, the cryptocurrency is trading just above the trendline resistance (currently at $9,280), having found bids around $9,030 during the Asian trading hours.

The bulls have failed twice in the last week to keep gains above the 11-month trendline hurdle and another rejection looks likely if we consider the above-70 (overbought) reading on the 14-day relative strength index. In fact, the indicator is hovering at the highest level since June 2019.

However, other indicators are supportive of a continued rally. For instance, the positive reading on the Chaikin money flow shows buying pressure is stronger than selling pressure. The five- and 10-day averages are trending north, too, indicating strong bullish momentum.

The overbought reading on the RSI would become valid if and when the price chart shows signs of buyer exhaustion. Currently, the price chart looks constructive, with the lower wicks attached to the previous three daily candles indicating dip demand.

As a result, a convincing move above the long-term trendline hurdle looks likely. On the way higher, the cryptocurrency may encounter resistance at $9,485 (April 30 high), which, if breached, would shift the focus to $10,000.

The bias would turn bearish if the spot price drops below $8,528, the low of Monday’s long-legged doji candle. Most observers are of the opinion that fear of missing out, or FOMO, buying ahead of the reward halving, supposedly a price-bullish event, will likely ensure that price pullbacks, if any, will be short-lived.