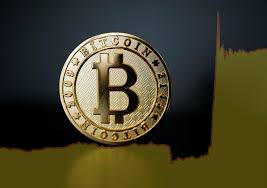 Bitcoin’s price bounce has shed some of the recent bearish pressure, but there’s still a way to go before a bullish reversal is confirmed.

After hitting $8,314 on Sunday, the top cryptocurrency by market value is now trading around $8,200 on Bitstamp, representing a 3 percent gain on a 24-hour basis.

The downside, however, was restricted near $7,800 on Friday and prices bounced back above $8,000 over the weekend.

The latest bounce from that level is the fifth since Sept. 26 and indicates seller exhaustion. The immediate bearish case, therefore, stands neutralized. Other key indicators like the relative strength index are also reporting early signs of a bullish reversal.

That said, BTC is yet to invalidate the most basic of all bearish technical indicators, a lower high, lower low, as seen below.

BTC fell 3.69 percent on Oct. 11, marking a failure above the 200-day moving average (MA) and establishing a bearish lower high at $8,820. A bearish lower high is essentially a shallow bounce that usually ends up recharging engines for a drop below recent lows.

The latest bearish lower high failed to challenge the low of $7,714 created on Sept. 30, a sign the sellers have run out of steam.

A bullish reversal, however, would be confirmed only if BTC prints a higher high above the Oct. 11 high of $8,820.

So, with prices currently around $8,200, a bearish-to-bullish trend change is still $600 away.

BTC rose above $8,100 on Sunday, confirming an inverse head-and-shoulders breakout (bullish reversal pattern) on the hourly chart (above left). The breakout was backed by an uptick in trading volumes and looks to have legs.

Further, the falling channel breakout seen on the 4-hour chart indicates the path of least resistance is to the higher side.

Hence, a rally to the bearish lower high of $8,820 cannot be ruled out.

On the downside, $7,800 is the level to beat for the bears. A UTC close below that level will likely be followed by a slide to $7,200–$7,000, as suggested by the bearish weekly chart indicators.