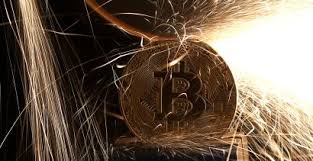 The computing power required to support the Bitcoin cryptocurrency consumes as much energy as the entire country of Switzerland, according to a new study.

It uses around 0.25 per cent of global energy consumption, researchers from the University of Cambridge found after they developed an online tool to estimate the network’s real-time consumption.

The Cambridge Bitcoin Electricity Consumption Index (CBECI) put the cryptocurrency’s annual consumption at around 60.45 TWh at the time of publication.

This would make it the 41st most energy-demanding country when ranked against other nations.

The electricity demands of bitcoin come from the computing power required to mine the cryptocurrency – the process of generating new bitcoins by verifying transactions on the network by solving complex mathematical puzzles.

As the network grows, so does the computing power required to solve the ever-increasingly complex puzzles.

“The index has been developed in response to growing concerns over the sustainability and environmental impact of bitcoin mining,” the researchers wrote in a blog post. “The CBECI provides a neutral and objective platform for reliable information on bitcoin’s electricity consumption for use by policymakers, regulators, researchers, the media and others.”

Previous research into the bitcoin’s network energy consumption in 2018 had pegged its usage at a similar level to Ireland, suggesting it has risen significantly over the last year.

The study by economist Alex de Vries, published in May last year, predicted the energy demands of bitcoin would continue to rise proportionally to the cryptocurrency’s popularity.

“It’s an extreme difference compared to the regular financial system,” Mr de Vries said at the time. “This increasing electricity demand is definitely not going to help us reach our climate goals.”

Some solutions to the soaring energy demands, with some mining firms choosing to switch to renewable and non-polluting sources of energy.

One such operation in Norway takes its energy from nearby hydro-electric power plants.

However a large portion of the bitcoin network currently relies on coal-powered energy sources in China.