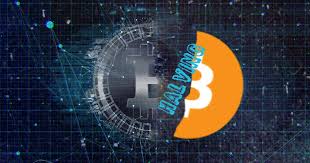 The digital currency rose to as much as $9,392.64 earlier today, and was up more than 4% in the last 24 hours at the time of this writing, CoinDesk figures show.

When explaining the digital currency’s latest gains, market observers frequently emphasized the anticipation surrounding the halving, which is scheduled to take place five days from now.

John Todaro, director of digital currency research for TradeBlock, spoke to these developments.

“The run-up in prices is likely related to price momentum heading into the halving, which has historically been viewed as a bullish event,” he stated.

Hash rate is likely responding to the increase in price, which is allowing miners to reap larger profits, and thus is encouraging miners to take more rigs online which is pushing up hash rate.”

“With the halving around the corner, Bitcoin network activity is nearing all-time-highs, both in terms of hashrate and difficulty, which is a result of miners vying to get the last few pre-halving blocks,” he stated.

“This increasing interest coupled with media attention and anticipation surrounding the halving has benefited from technical support around the $8,700 range which kept the price afloat this week and resulted in pushing it higher today,” said DiPasquale.

He identified a key technical level bitcoin must surpass to keep rising, stating that “the main resistance at $9,500 still holds and will need to be breached before $10,000 can be tested.”

“With a lack of safe investment options, investors are looking for smart investments that are liquid like bitcoin,” he stated.

“Nobody wants to be stuck in the dollar for any length of time with the US government creating a massive debt bubble that is ready to burst,” emphasized Plume.

“Bitcoin offers all of this and is still half of its all time high from a few years ago.”